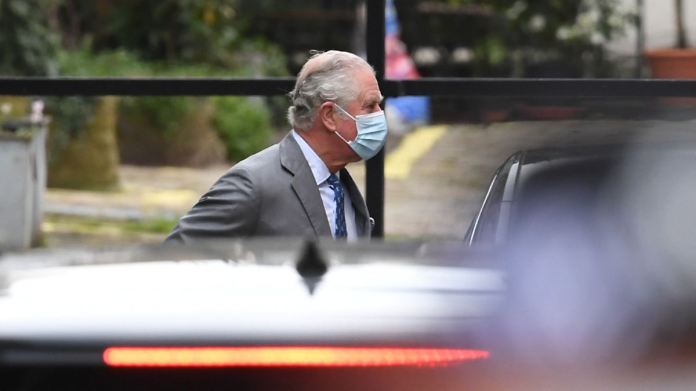 The re is no reason for concern, assures the royal family. But the 99-year-old Prince Philip remains in a London hospital for a few days as a “precautionary measure”. A family member visits him there for the first time. Charles doesn’t stay long.
Prince Charles visited his father, Prince Philip, in the hospital.

The  British heir to the throne and eldest son of Philip and Queen Elizabeth II entered King Edward VII Hospital in London in the afternoon wearing a mouth and nose protection and left it after about half an hour. He was the first member of the royal family to visit the 99-year-old.

Philip’s granddaughter, Princess Eugenie, paid tribute to her grandfather in another way:

The  daughter of Prince Andrew and Sarah Ferguson now announced the name of their son, who was born on February 9th.

Prince Philip was hospitalized on Tuesday as a “precautionary measure”. Buckingham Palace announced on Friday that he would probably stay there for observation until next week. But he is “in good spirits”. It was not known what exactly the Duke of Edinburgh was suffering from. According to a palace representative, the prince showed no symptoms of Covid 19 disease.

Prince Philip and the 94-year-old Queen retired to Windsor Castle months ago to minimize the risk of contracting the coronavirus. At the beginning of January, the two received their first corona vaccine dose. Philip and Elizabeth have been married since 1947. In 2017, the Prince Consort largely withdrew from public life. He celebrates his 100th birthday on June 10th.

Philip has struggled with health problems repeatedly over the past few years. In April 2018, he had an artificial hip joint inserted. In the past few years, Philip had to go to the hospital from time to time because of various infections. In 2011 he had a stent inserted into his heart. Health – Stuttgart – Land is looking for volunteers for vaccination...