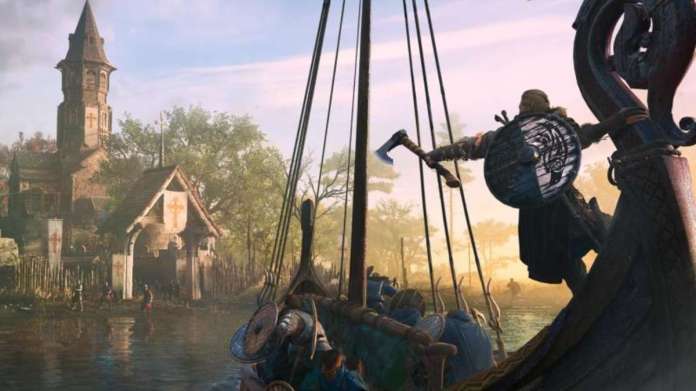 After the Yule Festival in “Assassin’s Creed Valhalla” had little to offer, players are also very disappointed with the new river raids.

Many Assassin’s Creed Valhalla players have already played through the main story and are eagerly awaiting new content. Ubisoft recently introduced the latest update and with it the new river raid mode *, in which players can raid and pillage even more settlements and military camps. But players have hoped for more from it.

Have on Reddit numerous points of criticism from the players piled up who found that the river raids are not exactly extensive. As a reward for a successful plunder, players will gradually receive the parts of the new one St.-Georgs–armor – This is only a repainting of the Thanen armor. In addition, the raids offer a new weapon and a shield as a reward. But that’s about it. Another incentive to play the mode is missing – mainly because it is always the same settlements who are ambushed in it.

What is also new is that the Jomswikinger level up in the river raids. At the beginning they have a rank of level one and are therefore more vulnerable in battle. But even after they have reached a higher level, no real progress can be seen, as many players criticize.

The  developers wanted to give the Jomswikinger a bigger role, but the update emphasizes the poor AI on which they are based.

also read: “Assassin’s Creed Valhalla”: Will Germany be the setting for the next part?

With “Assassin’s Creed Valhalla” players, the allegations are louder that Ubisoft only really interesting innovations for real money offers. In the meantime, new items have appeared in the in-game shop that are only occasionally available in Reda’s shop in the base game. But to get these, players have to spend hours finding opals. More armor is now available through microtransactions than in the game itself.

In the free updates, players shouldn’t expect any major innovations. For this, the first real expansion will appear soon, which will move the location to Ireland. However, it is only available to buyers of the Season Pass of “Assassin’s Creed Valhalla”. (Ök) * tz.de is part of the nationwide Ippen editorial network.

Impeachment proceedings against Trump will start in mid-February