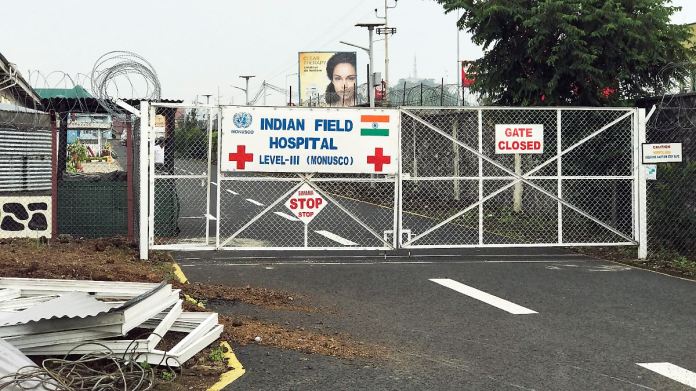 Raid in Eastern Congo
Ambassador of Italy murdered in ambush

Criminal gangs have been raging in Eastern Congo for years – now the Italian ambassador is also falling victim to the rampant violence in the region. He is so badly injured in an attack on a convoy that he dies a little later. His driver and a bodyguard are also killed.
In the east of the Central African country of the Congo, armed attackers ambushed a World Food Program (WFP) convoy and killed the Italian ambassador, Luca Attanasio. He died of serious injuries shortly after the attack, said the governor responsible for the North Kivu region, Carly Nzanzu Kasivita. According to him, rangers who happened to be in the area repelled the attack. Authorities said a driver and the bodyguard were also killed in the ambush.

The  exact circumstances of the attack in the north of the border town of Goma are still unclear.

The  Congolese police were surprised at the presence of the ambassador in the region and the fact that he was traveling without police protection. He was reportedly on the way to the well-known Virunga National Park on the border with Uganda and Rwanda.

The  Unesco World Heritage Site is famous for the endangered mountain gorillas that only live in these three countries.

The  rangers there are often threatened by militias and poachers, and the rare gorillas are killed again and again. As recently as January, six rangers were killed there and another seriously injured. Back then, rebels were blamed for the attack. Several militias are active in Eastern Congo, whose main aim is to control the valuable mineral resources.

According to human rights activists, at least 170 people have been kidnapped near Virunga National Park in three years.

The  victims – many of them women – were beaten, tortured, raped and blackmailed into cash payments, the human rights organization Human Rights Watch reported last year. She blamed criminal gangs for this.

Start-ups in Berlin: Capital raised is shrinking due to the corona...

PS5: Rip off with retro console – dealer deletes website and...