Berlin. SPD health expert Karl Lauterbach has called for the Astrazeneca vaccine to be released immediately for all those under 65 years of age from the first three groups to be given priority.

“ The  vaccine is left behind because not enough people from the first priority group register or do not show up for the appointment. This is an absurd and unbearable situation, ”said Lauterbach of“ Bild am Sonntag ”. “With the Astrazeneca vaccine, we should now open the vaccination centers unbureaucratically to everyone under 65 from the first three priority groups.

The n we could finally fully utilize the vaccination centers. “

The  Astrazeneca vaccine is currently only given to people between the ages of 18 and 64 in Germany – there is a lack of data on the effect in older people. That is why the workers in nursing homes or intensive care units in this age group are now given this vaccine as a priority.

From the point of view of scientists, the reservations about the preparation are unfounded.

Coronavirus in the capital region: Museums in Brandenburg open again from Tuesday – Berlin

Queuing for the rapid test

Corona incidence: 45.8 in Roth and 70.8 in Schwabach – Roth, Schwabach, Hilpoltstein

One year pandemic in Burgenland 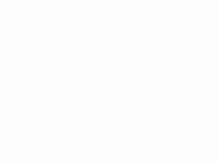 Rapid recovery after the slump in Covid-19 sales

Southern California fire drives thousands out of their homes

“The interrogation in the night” on Arte and ZDF: Where’s the...

Climate protection in Berlin: How the Mitte district wants to become... Adventure Ohana – German trailer for the Hawaiian adventure from Netflix