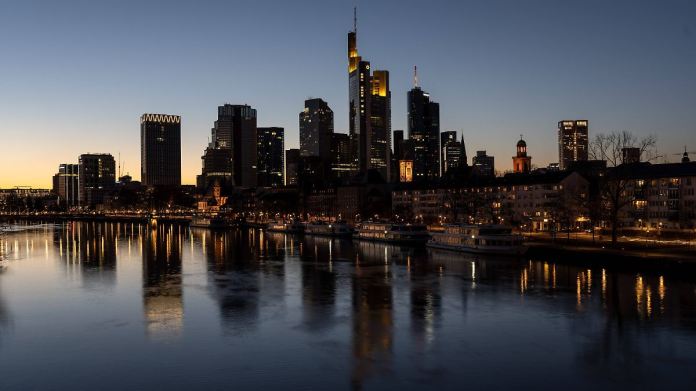 Prior to the pandemic, stocks, bonds and currencies were all traded in noisy and bustling offices. When the first reports of corona infections came up, banks were also sending their employees to work from home – and the emergency plans worked better than initially assumed.
The  corona pandemic has turned the world of retailers upside down. What was unthinkable a year ago is normal today: stocks, bonds, currencies and even complex financial products are traded around the world from the kitchen table.

The  banks’ initial concerns about hacker attacks or system failures have proven to be unfounded. Many bankers and brokers are convinced that home office is anchored in the capital market business. Some even call out the end of the noisy and lively trading room.

The  financial supervisory authority is also wondering how things can continue after the pandemic.

The  topic of home office will not disappear completely when the pandemic is over,” says Ulrich Walter, who is responsible for trading at the cooperative DZ Bank. “

The  crisis acts like a catalyst for home work.” It is conceivable that late shifts in retail or tasks in long-term projects would no longer necessarily have to be done from the office.

Deutsche Bank can imagine, for example, that it will also be possible to work from home for jobs in securities control. “

The  mix between working in the office and working from home will change,” says Kristian Snellman, who is responsible for organizing the investment bank in Germany and EMEA at Deutsche Bank. “We have become more flexible, there are some options conceivable.”

When the first reports of infections with the coronavirus came from Asia in early 2020, banks pulled contingency plans out of their drawers, split up their trading teams and tested the systems for operation from home. At that time it was inconceivable that the majority of dealers would not come to the offices for months. “Since we’ve continued to upgrade the technology over the past few months, things are now even better than we could have imagined at the beginning,” says Snellman.

A simple laptop like other bank employees is not enough for dealers. You need several large screens, a stable internet connection, the ability to record conversations with customers and actually a closed room for price-sensitive topics in order to avoid insider trading.

The  financial supervisory authority Bafin relaxed the regulations and allowed trading in the home office – but only temporarily.

In supervisory circles it is said that the switch to home office in retail went well and that there have been no major mishaps so far. After the pandemic, according to an insider, there should be an inventory of which easing may have proven successful and where you can readjust if necessary.

The  most important standards for securities trading are set by the European supervisory authority ESMA.

The  biggest challenge for dealers at the kitchen table is communication with their teammates. “We traders need to exchange ideas with one another,” says Oliver Roth from the brokerage company ODDO BHF. Shouting across the room is faster and easier than writing a message in chat. That’s why almost all traders at the securities dealer Alpha Trading sit in the office – voluntarily. “We need the radio,” says chief dealer Stefan de Schutter. “We cannot work in a quiet little room.” So far everything has been going well in the small trading hall in downtown Frankfurt, there have been no infections in the team.

The re will be a rethink

Portfolio manager Roger Krüger from asset manager Falcon Investment is convinced that the large trading rooms are a thing of the past. “

The re will be a rethinking. You won’t be sitting tightly in the trading rooms again,” says Krüger, who has been trading mostly from home for months and has obtained an extra-large Internet connection. “

The  sensitivity of many employees has changed. Many no longer want to take the bus or train to the office.”

At Deutsche Bank Group-wide, around 70 percent of the almost 85,000 employees work mostly from home, including in the capital market business. In contrast to other departments, special measures apply there. “At least one person at each trading desk has to be in the office in case systems fail in the other locations,” says Snellman. “In this way we ensure the ability to act.” As a so-called market maker, Deutsche Bank must provide prices for the financial stocks at all times. Nothing must go wrong, otherwise it can lead to upheavals worldwide.

Snellman believes that after the pandemic ends, many traders will want to return to the trading floor because they can work more effectively in the office. However, the money house wants to pay more attention than before to what personal circumstances prevail at home. “Dealers also have children or parents in need of care. We have become more sensitive.”

Hammer: Unlimited tariff for only 14.99 euros & can be canceled monthly

Tesla Model 3 Long Range tested at minus 14 degrees: the facelift is that good

Aldi wants to sell corona tests – that ends in disaster

“Germany’s next top model”: Where is candidate Sara?

“Wipe your mouth, head up” – Berlin.de