Drunk in the USA!

Rock superstar Bruce Springsteen (71, “Born in the USA”) was caught drunk behind the wheel in his native New Jersey. That’s why he’s now in trouble with a presumably very lucrative Jeep advertising deal.

At the weekend, Springsteen was seen in a two-minute clip from the automaker at half-time in the Super Bowl. Jeep is said to have paid 22 million dollars (18 million euros) for it.

Springsteen demands in the video that the people in his torn homeland must find “common ground” again. You can see the “boss” in the off-road vehicle, Springsteen in front of a church, vast American wilderness …
He’s probably not going long now!

Because as it became known on Wednesday (local time), cops caught the singer drunk at the wheel last winter.

Springsteen was briefly arrested on November 14, 2020 in part of the Gateway National Recreation Area on the New Jersey coast. A spokesman for the national park confirmed this on Wednesday.

The  musician showed himself to be cooperative.

It is not known how much alcohol Springsteen had consumed. But: Driving a car under the influence of alcohol is severely punished in America.

The  US superstar now has to answer in court: for driving under the influence of alcohol, reckless driving and the consumption of alcohol in an area where it is prohibited. In New Jersey, conviction of this matter will automatically result in driver’s license being revoked for at least three months.

The  clip is currently still visible on the musician’s Instagram page. Springsteen himself has not yet commented on his drunk driving.

By the way: the park in which he was caught drunk behind the wheel is located on a narrow peninsula lined by the beach with a view over a bay to New York City. Just 15 miles north of Asbury Park, where Springsteen began as a musician.

He became famous with the album “Greetings from Asbury Park, NJ”. Today Springsteen lives with his wife Patti Scialfa (67) in Colts Neck, not far from where he was arrested.

Jeep issued a statement stating, “It would be inappropriate for us to comment on the details of a matter that we have only read about and that we cannot substantiate. (…) It is also right that we pause our commercial until the actual facts can be established. ”

Meanwhile, acquaintances of the musician do not believe that Springsteen has a drinking problem. He is not a regular drinker, several sources told US media.

Donald Trump cancels participation in the hearing – and calls instead

Accident in Formula 1: he would have died earlier – sport

Videos recorded in secret: Princess Latifa pleads for protection from her...

Astronomers have discovered a black hole called Goldilocks that is 55,000... 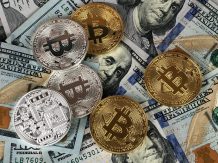 Bitcoin price is said to be moving with an investment of...

TV criticism too “hard but fair”: the Astra-Zeneca disaster