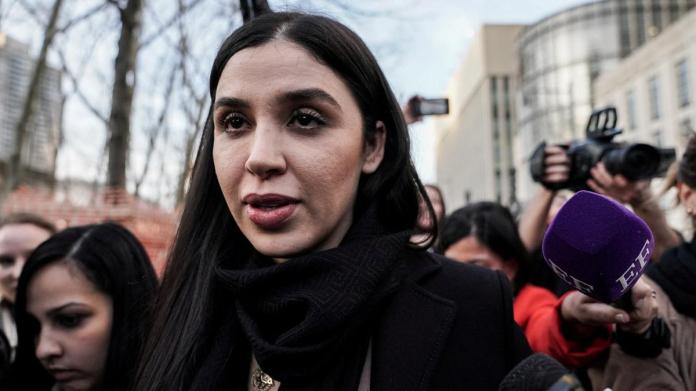 The  wife of the Mexican drug lord Joaquín “El Chapo” Guzmán has been arrested in the USA on charges of international drug trafficking. She is also charged with helping her husband escape from a Mexican prison in 2015.

The  31-year-old was arrested on Monday at the airport in the US capital Washington and will appear there on Tuesday via video link in court, as the US Department of Justice announced.

The  period of time was not initially communicated. She is also said to have helped Guzmán escape from a Mexican prison in 2015 and later, before Guzmán was extradited to the USA in January 2017, planned another prison escape.

“El Chapo”, leader of the powerful Sinaloa cartel in Mexico for 25 years, is sitting in a maximum security prison in the US state of Colorado. A court in New York had sentenced him to life imprisonment plus 30 years in July 2019 – Coronel was among the spectators in the courtroom at the time. A jury found Guzmán, now 63, guilty of all ten charges in one of the largest drug trials in American history – including involvement in a criminal organization, the manufacture and international distribution of cocaine and heroin, as well as money laundering and the use of firearms.

Kiel: Few corona cases in Schleswig-Holstein – that is the reason

Suspected bank robber after more than 20 years in court |...

Posted in the uncertain future