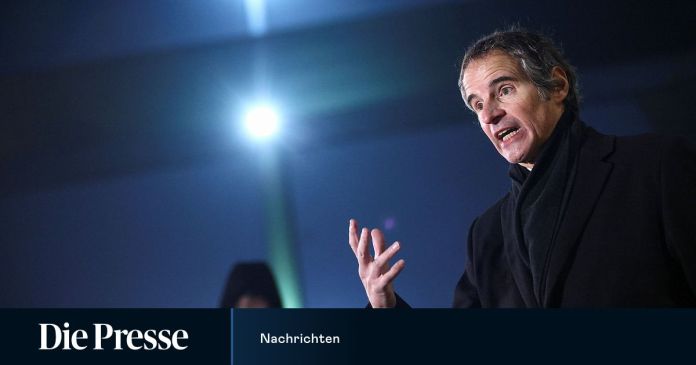 The  IAEA is allowed to enter Iran again, but only limited controls are possible. For now, she will not receive any activity or equipment records.

To de-escalate the nuclear dispute, the International Atomic Energy Agency (IAEA) and the Iran an interim solution agreed. IAEA chief Rafael Grossi announced on Sunday after talks in Tehran that his organization would be carrying out controls in the Iran could continue in the next three months with restrictions.

The  agreement was made against the background of the diplomatic tug-of-war to revitalize the nuclear deal with the Iran met.

Of the Iran had recently threatened to restrict the IAEA inspectors’ access to some of its nuclear facilities from this Tuesday if the US does not relax its sanctions against Tehran. After his return to Vienna from Tehran, Grossi said that a “temporary technical agreement” had been reached during his talks.

The  IAEA will have “less access” to the nuclear facilities in the future.

The  agreement allows her to “maintain the necessary level of controls and verification work”.

Grossi did not say which of her activities in the Iran the IAEA must restrict. But he announced that the number of IAEA inspectors in the Iran would remain the same and even short-term controls would remain possible. Iranian Foreign Minister Mohammad Javad Zarif told the state broadcaster Press TV that the agreement would allow the IAEA to continue to verify “that the Iranian nuclear program remains peaceful”.

IAEA will not receive any records

According to the IAEA, the organization is dated Iran For the time being, no records of “activities and equipment” received in multiple plants.

The  IAEA was apparently referring to the recordings from surveillance cameras. If the sanctions against the Iran would be completely canceled within three months, the Iran

The  authority announced that these records should be forwarded to the IAEA.

Of the Iran had promised the IAEA inspectors in an additional protocol to the nuclear agreement of 2015 also short-term inspections of plants. However, a law passed by the Iranian parliament in December stipulates that this permit will be revoked if there is no easing of the US sanctions by then.

The  nuclear agreement is supposed to Iran prevent the construction of nuclear weapons. Former US President Donald Trump rejected the agreement negotiated under his predecessor Barack Obama as completely inadequate and terminated it in 2018. After that, Trump dropped a series of sanctions against the Iran impose, under which the economy of the country suffers massively. Tehran, for its part, has since gradually withdrawn from its obligations under the agreement.

The  new Democratic US President Joe Biden has agreed to return to the nuclear deal. However, Washington and Tehran are currently arguing over who should take the first step to revitalize the agreement. Of the Iran makes the lifting of US sanctions a prerequisite for the country to fully comply with the agreement again.

The  new US administration, in turn, demands that Tehran comply with the agreement before punitive measures are lifted.

Last week, however, in a gesture of goodwill, the US government accepted an invitation from the EU to hold informal talks with all of the signatory states to the nuclear deal. In addition to the USA and the Iran the agreement was signed by Germany, France, Great Britain, China and Russia.

The circus is not over

Heiko Maas is the first to fly the Airbus A350

Preview: What 2021 will bring to fans

Growing backlog: Report: Germany is getting 2.3 million vaccine doses this...

“Star Wars: The High Republic” starts with books and comics 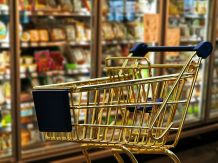 This is how retail entices us to buy in business –...

Playstation 5: When will the PS5 be available again? Hot...