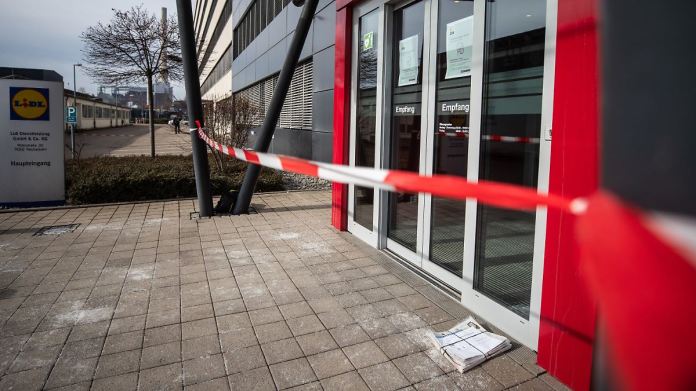 Attack on Lidl, Hipp and Wild
After letter bombs: pensioners in custody

A few days ago, explosive mail frightened several food companies.  The  security authorities are now reporting an initial success of the investigation. A suspect is caught. So far, he has remained silent on the allegations.
After the three attacks with explosive mail on food companies in Baden-Württemberg and Bavaria, a 66-year-old suspect is in custody.

The  public prosecutor’s office in Heidelberg and the State Criminal Police Office in Baden-Württemberg jointly announced this.

The  investigators had come across the shipment intended for Hipp in Pfaffenhofen because it had been delivered to a post office in Ulm together with the package and the letter for the beverage manufacturer and Lidl headquarters. “

The re is a connection between these three packages,” said the Baden-Wuerttemberg State Police President Stefanie Hinz on Friday.

The  three shipments had fictitious senders and were delivered by DHL.

The  special commission of the State Criminal Police Office and the police headquarters in Heilbronn, Mannheim and Ulm also dealt with similar earlier acts in their investigations. A letter bomb extortionist who terrified people in the Berlin-Brandenburg capital region in 2017 is still at large.

Questions & Answers about the F1 race in Sachir