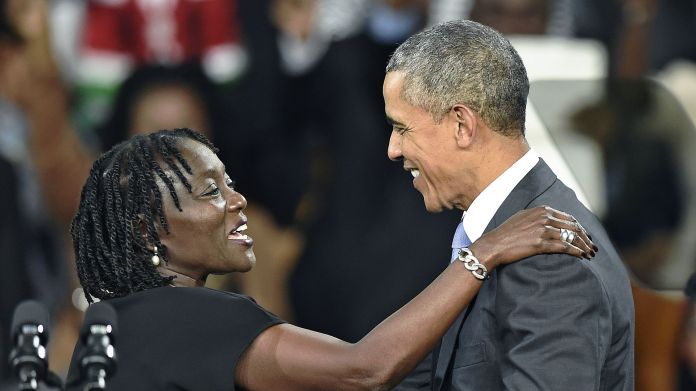 Your participation was probably the biggest surprise: a few weeks ago, Auma Obama was one of the first to be announced as a participant in the upcoming Let’s Dance season. As a half-sister of the former US President Barack Obama (59) and a PhD in German studies, the native Kenyan will certainly bring a very special flair to the dance show. But one question drives the fans: Does her famous brother know about her TV participation?

Most of the questions she would be asked about her brother seemed strange, betrayed her Auma im “Let’s Dance Podcast”. For them he is simply her brother, while the whole world has a tremendous interest in him. “I haven’t really told anyone that I was at ‘Let’s Dance‘join in. I have to deal with it first because I’m very nervous “, the 60-year-old described her emotional state. However, she assured her that communication between her and Barack would be normal and that any topic would be allowed.

Auma however, did not grow up with the ex-president. She only met her half-brother in 1984 at the age of 24 during a visit to the USA.  The y are also not quite on the same path professionally: She studied German and sociology in Saarbrücken, Heidelberg and Berlin.

All episodes of “Let’s Dance” on TVNow.

GP of China before postponement

Millions of insecure devices active: Those who still use Windows 7...

Covid-19 law – a sigh of relief in the culture industry...

Senate runoff elections in Georgia that are decisive for Washington