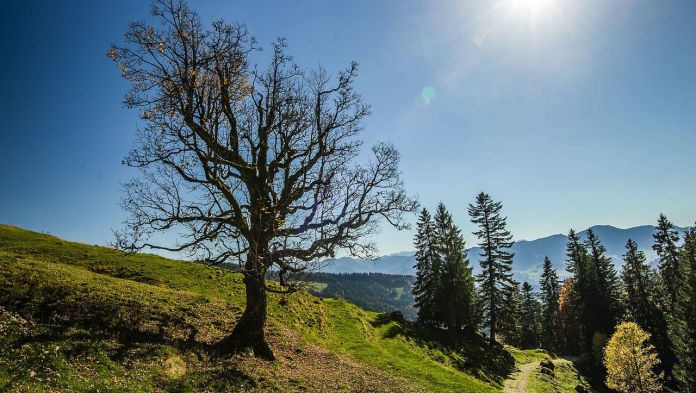 A young man from Bavaria had a fatal accident while hiking in the Austrian Alps. According to the police, the 22-year-old started on Sunday afternoon at the Hochgratbahn in the Swabian Oberstaufen (Oberallgäu district) in the direction of the municipality of Hittisau in the Austrian state of Vorarlberg to meet a friend.
Apparently he slipped in an icy place on the way, the police said. He finally fell about 150 meters over steep terrain. When he did not arrive at the meeting point, his friend called his father, who called the police.

The  local fire brigade as well as the Austrian and Bavarian police and mountain rescue could only find the man dead late on Sunday evening.

The  man came from Illertissen in the Neu-Ulm district, as a spokesman for the Vorarlberg police said.