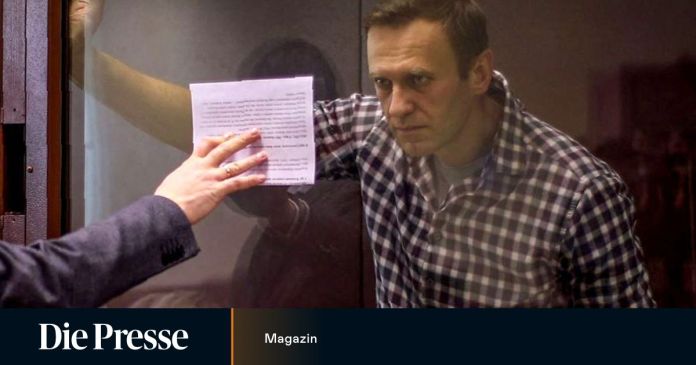 EU foreign ministers discuss the reaction to the politically motivated condemnation of the Putin critic.

Wien. Foreign Minister Alexander Schallenberg (ÖVP) expects new EU sanctions against Russia to be resolved because of the Navalny case. At the meeting of the EU foreign ministers on Monday, targeted measures such as entry bans and asset freezes against individuals are to be discussed. “I expect a large majority of support for this,” said Schallenberg of the German newspaper “Die Welt am Sonntag”.

Austria supports new sanctions against Russia, said Schallenberg, but called for the listings to be “politically smart and legally watertight”. “Otherwise we will use it to cut our own branches.”

The  EU foreign ministers are likely to ask the European External Action Service (EEAS) on Monday to submit a list of people and organizations that will be subject to entry bans and asset freezes in the coming weeks. Russia had warned that this would worsen relations further. Because of a poison attack on the Kremlin critic Alexej Navalny in August, the EU had already imposed entry and property bans on people suspected of being in the vicinity of Kremlin chief Vladimir Putin last year.

Two and a half years in prison

The  Russian government critic was sentenced twice on Saturday. On the one hand, he failed with his appeal against a prison sentence of several years. A court in Moscow reduced the original prison sentence of three and a half years by just six weeks. Because of the crediting of a previously served house arrest, Navalny must now spend two and a half years behind bars, said his lawyer after the court decision. On the other hand, Navalny was sentenced to a fine of 850,000 rubles (almost 9500 euros) in a defamation process.

The  judges saw it as proven that Navalny had defamed a World War II veteran.

The  Kremlin critic had described the man as a traitor and a corrupt lackey.

The  former Red Army soldier had campaigned for constitutional reforms last year that would allow President Vladimir Putin to run for two more terms after 2024.

One prosecutor for two cases

The  trial took place in the same courthouse as the morning appeal. Even the prosecutor is the same, wrote Nawalny’s team on Twitter. Navalny had rejected the defamation allegations as politically motivated. He declined an apology to the veteran. His remarks were not directed directly against the man.

The  critic of the regime had survived a poison attack in Russia last year and received medical treatment in Germany. When he returned to his homeland in January, he was arrested for allegedly violating probation conditions from a previous conviction for infidelity while he was away. A court converted the previous suspended sentence into a prison sentence.

The  conviction has been sharply criticized internationally and is also viewed by the European Court of Human Rights as unjustified.

The  EU sanctions in response to the dubious judgments are likely to exacerbate tensions. Foreign Minister Sergei Lavrov had only last week blamed the European Union for the “destruction” of relations.

The  process has been going on for a long time, Lavrov said at a meeting with his Finnish colleague, Pekka Haavisto, in St. Petersburg last Monday. “

The  EU is continually tearing up relations.” Lavrov also reiterated his controversial statements that Russia is prepared for a possible break in relations with the EU. (ag.)

Great Britain: Patient with Brazil mutation is found by contact tracers after days of searching

Acquittal for Trump: your reaction – politics

Praise for Manuel Neuer after CL victory over Salzburg

Letter bomb at Lidl and ADM Wild: Suspect in custody