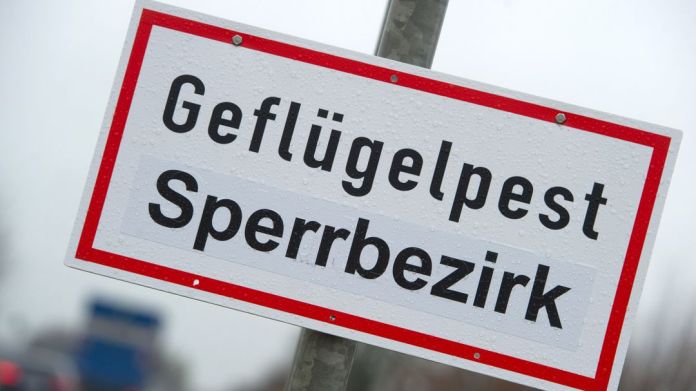 Hannover. In Russia, infections with the avian influenza virus subtype H5N8 were detected in humans for the first time.  The  Friedrich Loeffler Institute announced on Monday that there have been no cases in Germany. “Despite the extensive and still active events in poultry and wild birds, there are no indications of human infections or natural infections in mammals in Germany or other European countries outside of Russia,” the institute said in a press release.

In the case of avian influenza viruses, there is always the possibility that the properties will change – including in terms of transferability. “In addition, if the viral load is high, as is to be expected in affected poultry holdings, sporadic transmissions to humans cannot be ruled out,” says the institute.

In Germany, in the context of avian influenza outbreaks, particular attention is paid to possible susceptible mammals such as cats and martens, as some animals of these species on the island of Rügen were affected by the avian influenza incident caused by H5N1 in 2006. Since autumn 2020 there have been numerous outbreaks of poultry in Europe.

The  virus subtype H5N8 and other H5 subtypes in wild birds are responsible for this.

The  highest incidence and death rates are observed in chickens and turkeys. Transmission via infected food is however unlikely.

African swine fever: the symptoms and how to avoid an infestation

The  African swine fever continues to spread. EFSA explains how best to avoid an infestation in your livestock and how to recognize the symptoms. © EFSA

People who come into contact with infected poultry should watch for symptoms for at least ten days. One thing in particular is conjunctivitis. “If symptoms occur, medical help should be sought immediately and influenza virus testing carried out,” informs the institute. In addition, general hygiene rules apply: Dead birds should not be touched with bare hands. If contact does occur, hands should be washed thoroughly immediately.

The  Robert Koch Institute has also formulated recommendations on its website.

The  cases in Russia occurred in the south of the country. Seven employees of a poultry farm fell ill in December. Spread from person to person has not been observed.

The  Vektor research center in the Siberian city of Novosibirsk had therefore detected the transmission with the H5N8 virus and had already transmitted the scientific data to the World Health Organization.

Russia’s top medical officer Anna Popova said on state television at the weekend that those affected are doing well and have recovered.

The  disease was mild.

“Chang’e 5”: China hoists the national flag on the moon

Cup victory at Salzburg would be a “big deal” for Rapid...

These candidates are said to be part of “Celebrities under Palms”

Russia tightened the tone in the pipeline dispute

Film director Kim Ki-duk has died: A Master of Cruelty –...