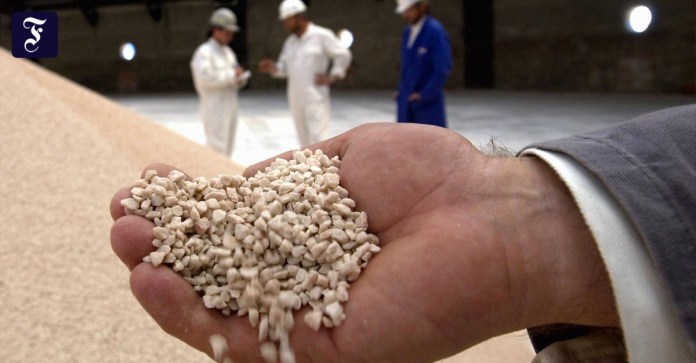 The  price of the paper listed in the M-Dax lost a good 14 percent on Thursday to 8.41 euros.

The  Bafin commissioned the German Audit Office for Accounting (DPR) to take a close look at the consolidated financial statements of K + S for 2019 and the 2020 semi-annual report. This was not communicated by the authority, but by the Kassel company itself, which quoted a message from the Bafin to the DPR.

The  Bafin had “concrete indications” that the group’s assets in the two reports could have overstated and the need for impairment should have been recorded in whole or in part at an earlier point in time. “Likewise, other asset items can be affected by a need for value adjustments”, it said in the communication cited by K + S.

The  Bafin in Bonn did not comment on request.

With the order to the FREP, the Bafin initiated the first stage of the currently valid two-stage process of auditing the balance sheet. Such an order is not entirely unusual – according to the Bafin 2019 annual report, there were 13 such cases completed by the FREP in that year, in twelve of which companies recognized an error. Only in a second stage does the Bafin adopt the procedure; this was not the case in any of the 13 transactions in 2019. With K + S, however, it is now a particularly prominent group.

The  company indicated its willingness to cooperate

The  supervisory authority is under surveillance in connection with the Wirecard scandal. Lack of communication between the Bafin and the FREP are considered to be one reason why the payment processor was not checked more strictly.

K + S was confident that it had acted correctly. “

The  board of directors is convinced that the value adjustment was carried out properly and in compliance with all relevant accounting regulations,” said the announcement.

The  Supervisory Board does not currently see any indications to the contrary.

The  company signaled its full willingness to cooperate:

The  documents requested by the FREP had been made available and the information would be provided transparently.

At the beginning of November, K + S announced value adjustments of around 2 billion euros on assets because the company misjudged the long-term development of potash prices. Some time earlier, the group had announced that it would sell the American salt business to the American group Stone Canyon Industries for 3.2 billion dollars.

The  depreciation relates to transactions that remain with K + S.

News from the World Cup qualification – Corona case in the...

Lidl and Aldi fight for the cheapest mask!

All of Germany is now a corona risk area