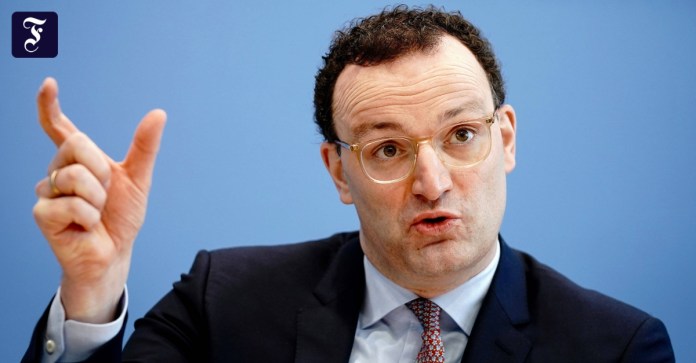 Dhe ban on jersey sponsorship and perimeter advertising by statutory health insurers in top and professional sport will not come for the time being.  The  official draft of a regulation on the admissibility of advertising measures by the health insurance companies from the Federal Ministry of Health, which contained a corresponding paragraph and which should come into force in April, has been completely halted, says the SPD parliamentary spokesman for sports policy, Mahmut Özdemir from Duisburg. “We stopped Health Minister Jens Spahn from withdrawing millions from sport,” he said on Sunday: “

The  plan was a challenge to sport.

The  plan was devoid of all reason and all practicality. ”

The  health insurance funds are well invested in a good range of sports; this will benefit the insured and the health insurers. In addition, it prevents the sports system from being deprived of an essential pillar. Associations are in a serious situation anyway due to the pandemic and the associated decline in membership; now they are prevented from taking further damage.

Andreas Michelmann, President of the German Handball Federation (DHB), confirmed that the ban has stopped. “I am pleased that there were factual and clarifying discussions,” he said. Mark Schober, the chairman of the DHB, was also heard in the commenting procedure.

The  Ministry of Health announced that it would examine opinions and not comment on the procedure any further.

According to an estimate by the research and consulting company Nielsen Sports, up to 15 million euros flow from the roughly one hundred statutory health insurance companies into German professional and popular sports.

The  last occasion for discussion was the appearance of the national handball team at the World Cup in Egypt with the AOK logo on its jersey.

The  association argues that it is not just the advertising value that is rewarded with around 1.2 million euros that the health insurance company paid to the DHB. “This doesn’t just affect the national team,” says Michelmann. “

The  connection with the AOK has been a partnership that has been lived for years, from which services emerge that go far beyond simply wearing the logo. We come into contact with more than a hundred thousand girls and boys every year with the elementary school day of action. ”National players promote a healthy and sporty lifestyle. This is similar in other associations.

The  Federal Social Security Office, the supervisory authority for health insurance companies, criticizes the fact that their advertising expenditure has increased, while that for information and advice has decreased; they accounted for less than advertising expenses.

Sport, on the other hand, benefits from advocating for the health, fitness and resilience of the population through sports and exercise programs, including prevention and rehabilitation, as well as education on a broad front. Not only would the club members, whose number the German Olympic Sports Confederation (DOSB) stated before the crisis was 27 million, be considered, but also people who were not sports-loving through courses and school sports.

The  sport sees itself in partnership with the health insurance companies.

The  DOSB warned that the impending ban would endanger health partnerships between sport and statutory health insurances, destroy years of constructive cooperation and make sport economically sensitive. For the Freiburger Kreis, the amalgamation of Germany’s major sports clubs, its chairman Boris Schmidt criticized the fact that the state provided 200 million euros on the one hand to reimburse the professional clubs for the loss of entry fees, on the other hand they wanted to forbid supporting them as sponsors.

The  MP Özdemir criticized the fact that Health Minister Spahn wanted to enforce the ban by means of an ordinance; this does not require the consent of the Bundestag.

Orban receives the next setback in front of the EU court