The  Basel canton police inspected around 200 vehicles in the port area during a two-hour inspection on Sunday night, not all of them were technically in order.

The  area is a popular meeting place for the scene.

On the night of Sunday, the Basel canton police carried out several traffic controls in the Basel port area, which is considered a meeting point for the car poser scene. A total of around 200 vehicles were checked, the police announced on Sunday. 16 drivers received a reprimand, twelve of them because they had made unauthorized technical changes to their cars.

The re were other reports of excessive acceleration and causing noise, improper use of dealer signs and driving a disused vehicle.

Based on their own observations and reports from the population, the police found a “high volume of vehicles” in the port area. As a result, between 11 p.m. and 1 a.m., several patrols carried out checks on the access and departure routes. Around 200 vehicles were inspected. 90 of them came from Basel, 90 from other cantons and around 20 from Germany. In addition, two drivers received fines because they were not buckled up.

The  harbor area is a popular race track”

The  Basel port area has been a popular meeting place for car posers for some time. Local residents recently reported dangerous maneuvers, howling engines and screeching tires on weekends. “

The  harbor area is a popular race track,” said a resident of 20 minutes, who herself witnessed a breakneck overtaking maneuver and recorded the damage from an accident at the end of January.

In March, a 20-year-old from Basel will have to answer in court, who was caught racing on April 8, 2020 with his BMW on Hafenstrasse.

The  police installed speed bumps in 2016, but these have largely disappeared again. 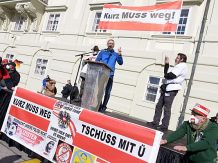 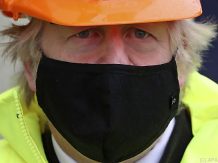