ATaher Mohamed didn’t get the ball, but the crowd in the stadium howled. In the seventh minute of the game, the Al Ahly SC striker ran deep into Bayern Munich’s half for the first time. He was already near the penalty area when Jérôme Boateng put his body between Mohamed and the ball. That stopped Muhamed, but not the audience.  The  harmless attack attempt was for them the first highlight in a half, in which they cheered on their team almost continuously. And when Mohamed and his teammates played the ball back and forth for almost a minute just before half-time, they celebrated every pass that arrived like a goal.

On Monday evening hundreds, maybe even thousands, of supporters of Al Ahly, the football club from Cairo, came to the Ahmed bin Ali Stadium in Qatar for the semi-finals of the Club World Cup. In Germany people are skeptical about the competition.

The re are good reasons for it. It’s about the country in which it takes place and the time in the middle of a pandemic. In the support of Al Ahly, on the other hand, many were apparently looking forward to a duel with perhaps the world’s best football team.

The y were even allowed to come to the stadium because Fifa allowed 12,000 spectators for the game. And those who hooted for Al Ahly could be clearly heard through the microphones of the TV stations.

In the end, however, the fans’ help was not enough to overthrow the Champions League winner. Bayern won not spectacularly, but confidently with 2-0. Robert Lewandowski scored the goals (17th, 86th). On Thursday evening they play for the title in the final against Tigres UANL from Mexico. And because the postponed Club World Cup is formally part of the old season, it could be the sixth title for Munich.

In Egypt, Al Ahly is known to dominate.

The y are record champions (42 times) and record cup winners (37) in their country. As the winners of the African CAF Champions League, they can take part in the Club World Cup for the sixth time. Before the semi-finals against FC Bayern, which are starting for the second time, they had not lost in 32 competitive games. This caused Hansi Flick, the Munich coach, to be careful. With Marc Roca he put up a second in defensive midfield. In the interview before kick-off, he gave the reason for this: He wanted to stabilize the defensive.

But Roca hardly had to deal with the game backwards in the first half. In the eighth minute, Serge Gnabry headed over the gate. It was the first chance for Munich, which many followed until the break. Thomas Müller was able to shoot on goal from a corner, but could not place the ball in the corner (16.). Roca was able to shoot twice in the penalty area, but his first attempt went flat off the post (24th) and his second into the arms of Egyptian goalkeeper Mohamed El Shenawy (26th). Even Robert Lewandowski couldn’t sink the ball alone in front of El Shenawy (37th).

And so it was the only annoyance that it was only enough for one goal before the break: In the 17th minute, right-back Benjamin Pavard crossed the ball into the penalty area. An Al-Ahly player faked him, which is why Kinsgley Coman brought the ball again from right to left to Gnabry, who immediately put it on Lewanwdoski.

The  striker effortlessly shot the ball into the goal from less than ten meters.

In the second half, Al Ahly started more courageously, but that did not bring Bayern into distress. In the 85th minute, substitute Eric-Maxim Choupo-Moting lifted the ball onto substitute Leroy Sané, who crossed him into the middle. Lewandowski stood there and only had to push the ball into the goal with his head.

The  2-0 brought the decision – and also the realization: Bayern slept enough that night at Berlin Airport.

Final training for women – Gut-Behrami with the best time –...

Union sags slightly in favor of the voters 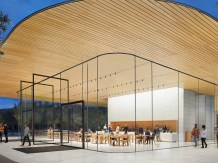 The same rules for all apps

Farmers demonstrate in front of the Chancellery