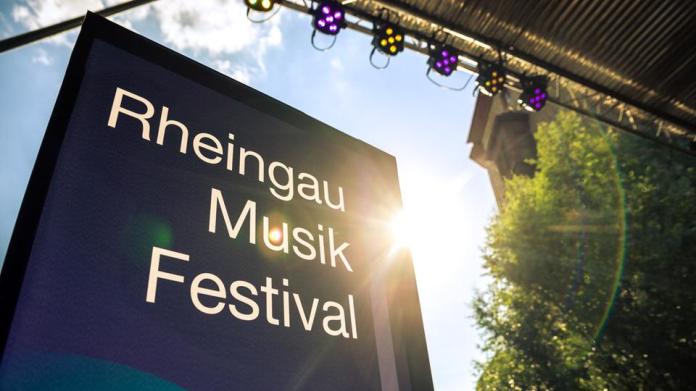 The  Rheingau Music Festival promises a “summer full of music” with many stars.

The  corona pandemic ensures special features and unique venues. A football stadium becomes a beach chair arena and a concert cube is being built at Johannisberg Castle.

The  makers of the Rheingau Music Festival boldly look to the future – despite the corona pandemic. In the past year almost all concerts had to be canceled, a few took place digitally and became crowd pullers.

“Chance to reinvent yourself”

“We all miss the common concert experiences,” says Artistic Director Michael Herrmann in a digital video message at the presentation of the festival program on Thursday. But every cut offers the chance to reinvent oneself a little bit and that is exactly what the Rheingau Music Festival tries to do in year two of the pandemic.

The se are spectator numbers that leave you amazed at Corona, but the organizers have pulled out all the stops so that the concerts can take place as planned – always under the currently applicable hygiene regulations.

Concert cube is created on a green meadow

A new concert hall is being built on the grounds of Schloss Johannisberg.

The  concert cube made of wood and glass was designed for the festival and will be dismantled afterwards.

The  festival moves to the Brita-Arena in Wiesbaden with a few concerts.

The re visitors can sit on the lawn in wicker beach chairs, and with the seats in the stands, a total of 3,000 people can experience artists such as Till Brönner, Max Giesinger, Candy Dulfer and the band Smokie.

Double concerts with a break from cleaning

The  health and well-being of our artists, guests and employees is very important to us,” emphasizes festival director Marsilius Graf von Ingelheim in the video message. This is the only way to have a year that will be filled with music again.

The  planned program is extensive and diversified and will also be opened in 2021 by the Frankfurt Radio Symphony Orchestra, for the last time under the direction of the current chief conductor Andrés Orozco-Estrada.

A few names to get you in the mood: West-Eastern Divan Orchestra with Daniel Barenboim, Tenebrae Choir – one of the world’s best vocal ensembles, the Deutsche Kammerphilharmonie Bremen together with Artist in Residence 2021, the pianist Khatia Buniatishvili. With artists like Michael Wollny, Johnny Logan and Myles Sanko, not only jazz, but also pop and rock with international stars is represented.

Covid vaccination start in Austria: “The beginning of the victory against...

Football from the top leagues – Real embarrassed themselves in the...

All compact vans and transporters from PSA 2021 are also available...