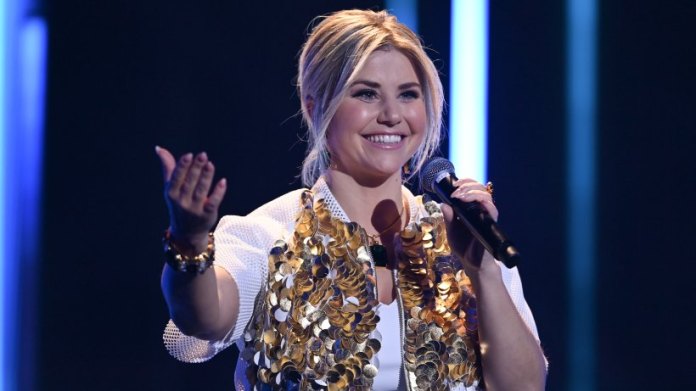 She has been looking forward to it for a long time! Beatrice Egli is over the moon, still can’t believe it really came true.

Because the singer gave her first digital concert on Saturday evening.

After weeks of abstinence from the stage due to the corona pandemic Beatrice Egli can finally have closer contact with their fans again.

This is Beatrice Egli:

The  DSDS winner from Switzerland now describes the very special moment on Instagram.

“It is very special that I can come to your house,” the 32-year-old says to her supporters in the backstage area. Otherwise it is ultimately they who travel to their idol for performances.

Even before the start of her gig, Beatrice Egli revealed a special highlight: “Today is my first time singing in French on a big stage. So exciting!”

Beatrice Egli still can’t believe it: “That was really very emotional, it was wonderful, but somehow also very sad because we miss you and of course we are touched that we were allowed to stand on stage together,” she continues on Instagram .

The re were moments when I forgot everything, it felt like on tour.”

The  pictures from the stage are also very reminiscent of a tour appearance. Instead of a real audience, this time cardboard displays from fans sat in the squares. Your “real” fans watched the spectacle from home via a live link.

Last year, Beatrice Egli repeatedly announced how sad she was not to be able to feel the closeness with her fans so much, not to be able to give any more concerts. Who knows, maybe your performance on Saturday was – judging by the feelings of happiness – just the beginning of more….

Interview with Harry and Meghan: The big crash after the fairytale wedding – Panorama – Society

Up to 4000 vaccinations daily: “Most beautiful vaccination center in the...

Does vitamin D help with Covid-19? Use is controversial –...

Confirmed: Marco Cerullo and Christina are a couple again!

“At the end of January it will be the big death”

Heidel & Schmidt back in Mainz

Staatsballett Berlin wants to review the program after allegations of racism