The  EU wants to impose sanctions on four Russian officials for the action against Navalny. EU foreign policy chief Josep Borrell said he hoped for an official decision within a week. Moscow threatened consequences.

The  EU wants to impose sanctions on four Russian officials for the action against Navalny. EU foreign policy chief Josep Borrell said he hoped for an official decision within a week.

According to Borrell and Germany’s Foreign Minister Heiko Maas, a new EU sanction instrument created last year is being used for the first time to impose the punitive measures. This makes it possible to freeze existing assets in the EU of actors who commit serious human rights violations or who benefit from them. In addition, EU entry bans would be imposed.

Prosecutor General Igor Krasnow and investigative committee chief Alexander Bastrykin are considered to be possible victims of the new sanctions.

Calls for asset freezes against oligarchs and other wealthy supporters of President Vladimir Putin would not be implemented for the time being. One reason is that they could not stand up to a review by the European Court of Justice.

Foreign Minister Alexander Schallenberg (ÖVP) said before the meeting with his EU counterparts in Brussels that he did not believe that sanctions against Russia were “toothless”. If that were the case, Moscow would not respond with threats, Schallenberg told journalists. On the one hand they try to bring about a “change in behavior” with sanctions, on the other hand they send a “clear signal that we reject a measure, a policy”. Regarding Borrell’s controversial visit, Schallenberg said: “Basically, I believe that it was right to continue the dialogue and go to Moscow.”

Maas also emphasized that the EU would also talk about ways of maintaining a “constructive dialogue” with Russia. “We need Russia to resolve many international conflicts,” said the SPD politician. Relations between the EU and Russia are currently at a low point.

Luxembourg Foreign Minister Jean Asselborn expressed concern on Monday that the low point in relations between the EU and Russia may not have been reached. Russian Foreign Minister Sergei Lavrov said indirectly that Russia was considering breaking off relations with the EU, Asselborn said. “So it goes deep.”

In the Navalny case, the EU has now been unsuccessfully demanding the release of the Kremlin critic for around three weeks. Moscow rejects this as interference in internal affairs.

The  44-year-old was convicted in Moscow at the beginning of February because, in the judge’s view, he had repeatedly violated probation conditions in earlier criminal proceedings in 2014 for fraud and misappropriation of funds.

In an appeal process last Saturday, the judiciary confirmed the imprisonment in a prison camp. Also on Saturday, Navalny was sentenced to a penalty for allegedly insulting a World War II veteran.

The  opposition politician decided to return to his homeland in January, although he was the victim of an attack there with the neurotoxin Novichok, which is banned as a chemical weapon. He was then arrested on arrival in Moscow. Because of the attack on Navalny, the EU already imposed entry and property bans on people suspected of being responsible from President Putin’s environment last year. In Brussels, it is assumed that government agencies in Russia are behind the attack.

MEPs welcomed the sanctions decision. “In any case, the new sanctions must also hit the billionaire oligarchs in Putin’s closest circle of supporters, otherwise they will have no effect,” said the SPÖ delegation leader Andreas Schieder. “

The  behavior of the Russian leadership internally and externally cannot be justified by anything. A better future will succeed if we keep the communication channels open and thus also sanction the frequent crossing of red lines,” said ÖVP MEP Lukas Mandl.

Thomas Waitz, Member of the European Union for the Greens and co-chair of the European Green Party, said the sanctions were “just a little slap on the fingers” and would not impress Kremlin chief Vladimir Putin. “

The  EU must draw tough conclusions and withdraw from the Nord Stream 2 pipeline,” he said.

His heart beat for crystal and football: mourning for Gernot Langes-Swarovski 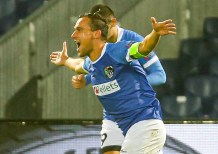