Merkel speaks of an opening strategy for the first time: Before the federal-state summit: Merkel talks about opening – but there is still a dispute

The  struggle for the appropriate strategy in the Corona crisis goes into the next round: On March 3, Chancellor Angela Merkel and the state ministers will discuss further possible opening steps. Controversy is developing particularly on the subject of tourism – but also on the establishment of possible incidence values ​​for easing in Germany.

At the last conference, on February 10th, some country leaders and interest groups were disappointed by the hesitation of the Chancellor and the group of corona hardliners around CSU boss Markus Söder. In the end, it was agreed on a country-specific opening for daycare centers and elementary schools as well as a work permit for hairdressers from March 1st – but no more.

The  reason for the reluctance is the corona mutation B.1.1.7, which is also spreading more and more in Germany. A good twenty percent of all cases in Germany can currently be traced back to the much more contagious variant: and the trend is rising. And the trend of declining corona incidences was also reversed last week.

In this situation, Merkel and the ministers are looking for the right course. An act of balancing that raises the central question: How far can the country be opened up without offering too much target for the new mutation?

Merkel speaks for the first time of an opening strategy

For the first time since the start of the lockdown in mid-November, Angela Merkel (CDU) brought an opening strategy in several stages into play in the CDU presidium and federal board meeting on Monday.

Merkel suggested a package solution for three social areas in combination with increased corona tests, as participants reported to the AFP news agency. Merkel named firstly the area of ​​personal contacts, secondly the area of ​​schools and vocational schools, and thirdly the area of ​​sports, restaurants and culture. However, she did not go into detail.

The  Chancellor promptly sent the corresponding warning afterwards. “Opening steps with increased tests must be introduced wisely,” Merkel was quoted by participants as saying. Chancellery chief Helge Braun referred to the additional risks posed by the mutations: “Unfortunately, the mutation is currently destroying our good development.”

Before the federal-state summit: scramble over the incidence values

The re are mainly disagreements about the incidence values ​​from which opening steps should take effect.

The  federal and state governments agreed on a target of 35 in mid-February.

On the sidelines of an event organized by the Baden-Württemberg CDU economic council, the CDU chairman said last week: “You cannot always invent new limit values ​​to prevent life from happening again.” In doing so, Laschet evidently distanced himself from the position previously worked out together with Merkel and the rest of the Prime Ministers and received massive criticism for it.

However, the question of the incidence values ​​concerns politicians of all parties. Berlin’s Lord Mayor and Chairman of the Prime Minister’s Conference, Michael Müller (SPD), also stated that the step-by-step plan promised by the federal and state governments for further steps in the corona pandemic should not only be based on the number of new infections. “

The  incidence value remains important, but an R-value well below 1 and a falling utilization of intensive care medicine will be important criteria for the next easing steps”, said Müller of the “Stuttgarter Zeitung”

With regard to the utilization of intensive care beds, at least the number of people vaccinated among the older part of the population in Germany gives hope. In Bavaria, for example, all retirement home residents should be vaccinated by March. Since, according to the RKI, older (60-79-year-olds and over 80-year-olds) corona patients most often have to be cared for in the intensive care units, an initial relaxation could occur here in the foreseeable future.

But Müller also urges caution. In view of the increased number of cases over the weekend and the risk of virus mutations, he made it clear that the step-by-step plan was “not a one-way street in the direction of easing.”

Before the federal-state summit: the issue of retail trade

The  fact that Merkel only mentioned restaurants in her plans, but not retail in general, is unlikely to diminish the concerns of interest groups and shop owners. Already after the last summit, those affected were shocked that the policy was not taken into account in the plans.

The  demands are now all the clearer.

The  industry association BDI is calling for a gradual departure from the previous lockdown strategy. Association president Siegfried Russwurm told the “Rheinische Post” on Saturday that “trying out measures must come to an end”.

Bavaria’s Prime Minister Markus Söder dared to make an attempt to open up trade. In a video link of the CSU party executive in Munich on Monday, he promised further easing – but only in regions in which the seven-day incidence of new corona infections is stable below 35. “We want to protect and breathe at the same time,” emphasized Söder.

Schleswig-Holstein’s Prime Minister Daniel Günther went one step further in the ARD-Mittagsmagazin on Monday: “We have made no secret of the fact that we consider a step-by-step plan to be correct.”

The re are now loosening in the areas of the last meeting was spoken: “

The  retail trade has to play a role, the cultural sector, last time we also talked about sport in groups that play a role here,” said Günther.

Just a few hundred kilometers further west of Bavaria, in Baden Württemberg, shows how mixed the mood is when it comes to retail.

The re you keep covered with regard to possible openings.

The  number of infections in Baden-Württemberg, with a seven-day incidence of around 40, is still the lowest nationwide. However, the numbers are currently stagnating. Government spokesman Rudi Hoogvliet says that one has to remain careful in view of the corona mutations.

Before the federal-state summit: what about the Easter holidays?

And then there is the question of the Easter holiday, which many families and hoteliers alike are looking forward to.

The  German Hotel and Restaurant Association (Dehoga) referred in a letter to Federal Economics Minister Peter Altmeier (CDU) to the “huge” need in the industry. In particular, the federal states on the North and Baltic Seas, in which tourism plays a prominent role within the local economy, are therefore pushing for easing here too.

“Of course, there is also the question of overnight accommodation, especially with regard to Easter, to be clarified,” said Schleswig-Holstein’s Prime Minister Günther. For this, certain incidence values ​​would have to be achieved. It is particularly important “that we also provide perspectives. This is incredibly important for very, very many people in these times. “

The re is a proposal for the exit from the corona-related closings for retail, tourism and services on the table, which was drawn up by representatives of employers, unions, municipalities and the state government last Thursday. According to participants, a plan was agreed that would open an opening perspective before Easter, depending on the development of the number of infections.

A little more than a week before the summit, the protagonists are getting into position. Was that what it was about two weeks ago ob will open, the main question on March 3rd is about the how far in the room.

The  mood in which the prime ministers and the chancellor meet depends on how the mutation behaves in the coming week.

A fine of 50,000 euros: Which gardening work you are only allowed to do until March 1st

More about the corona situation in Germany

Muffins with applesauce: quick and easy! Ready after 15 minutes in the oven

Three inspectors and a dodger in court

Merkel worried about Corona mutant: Fear of B117 – is there... 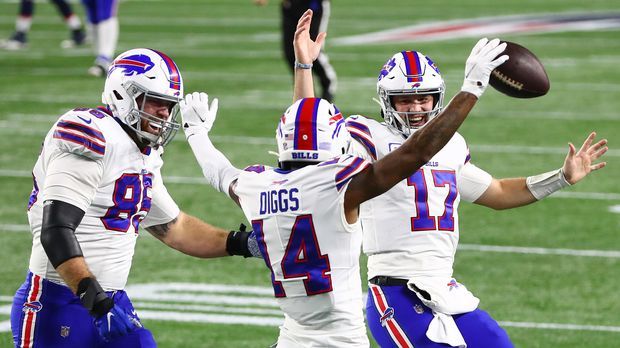