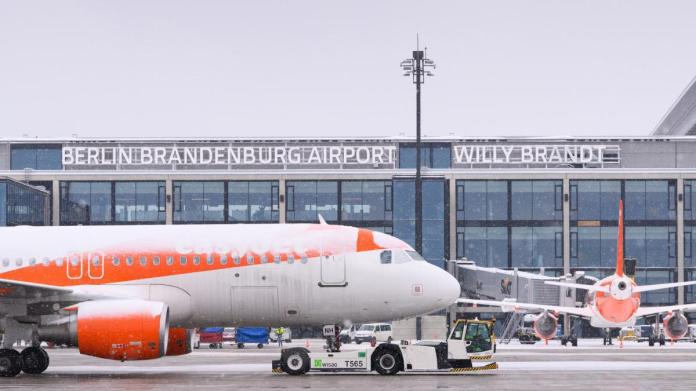 Dhe new BER airport will be on the taxpayers’ drip for many years to come and threatens to turn into a serious case of renovation. According to a report by the Berlin “Tagesspiegel”, the Berlin-Brandenburg Airport Company (FBB) will ask its shareholders for loans and direct financial aid in the worst case to the amount of around 3.5 billion euros.

The  federal states of Berlin and Brandenburg each hold 37 percent and the federal government has a 26 percent stake in FBB.

“Due to the corona crisis, we will have lost revenue of around 1.5 billion euros in the next five years,” said FBB managing director Engelbert Lütke Daldrup to WELT. “We can partially compensate for these failures through savings and deferred investments, but not completely. That is why FBB has to reach a debt level that is sustainable in the long term under the new conditions, ”Lütke Daldrup continued.

Budget politicians in the Bundestag have already expressed criticism of the assumption of debt by the federal government, Berlin and Brandenburg. Because in this way the shareholders would, so to speak, pay off loans for which they had already assumed the guarantee beforehand. It is at least questionable whether such cross-financing will stand up to an EU aid review.

FBB did not confirm the figures to WELT, but announced: “Against the background of the completely changed conditions caused by the corona pandemic, the management presented the current status of a new business plan to the Supervisory Board.

The re were no decisions or stipulations on the subject.

The  finished business plan will not be presented to the Supervisory Board meeting until March. “

In addition to the corona-related loss of income, the debt burden at BER comes from the long construction period. FBB is to finance most of the costs for the new airport construction itself – that was the decision of the shareholders years ago.

The  new capital airport started operations in early November 2020. But the start coincided with the beginning of the second lockdown.

Passenger traffic almost came to a standstill at all German airports. In Frankfurt, for example, the number of passengers fell by 81.7 percent to 891,925 passengers in December, as reported by the airport operator Fraport. In Berlin, however, where the tourism share of passenger numbers is particularly high, the slump was even more drastic.

According to FBB, only around 700,000 passengers were handled in the first three months of BER operations. “That corresponds to just about ten percent of the pre-crisis level of 2019”, according to FBB.

In order to save personnel and operating costs, BER Terminal 5, the former Schönefeld Airport, will be closed at the end of February. Investments in the expansion of BER planned a year ago – such as the construction of a new Terminal 3 – will be postponed for years.

The  new Terminal 1, the main building, is currently only partially used. In the middle area, where the well-known wood-paneled check-in counters are, there is currently no check-in.

The  weather conditions push the arctic east wind through the underground train station and via the stairs directly into the main building.

The  advantage of the short direct route from the platform to the check-in becomes a disadvantage in the winter months and in easterly winds – which is known to be not uncommon in Brandenburg.

“That was no longer reasonable for the employees at the counters,” says FBB. That is why the few passengers in thick jackets now rush through the main hall to the side pavilions, where there is enough space for the few hundred passengers a day. However, the central check-in counters and the large central security areas are simply not used because there are too few passengers.

However, this should not be a permanent solution, according to FBB. Work is being carried out on sliding doors and other measures to stop the arctic draft.

Corona summit of the country chiefs not urgently needed before Christmas...

Call for administrative reform: Lindner: Land is victim of “self-restraint”

Animal Hoarding in Stuttgart: The animal shelter has to take care...

Bayern against Union Berlin only 1: 1, home debacle for Dortmund

Kemmerich, rights, license fees: Always having trouble with the East? ...