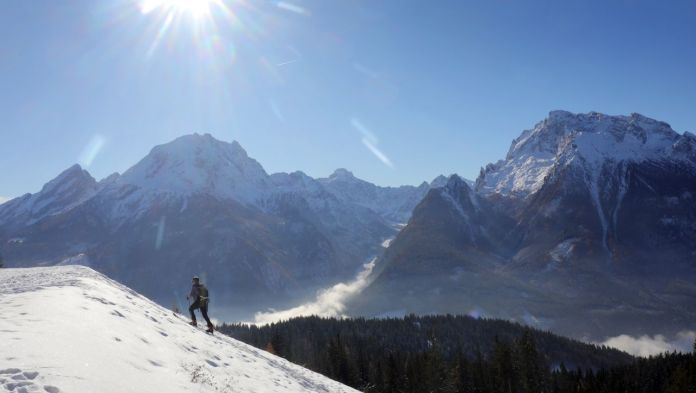 He was on a descent, then there was an accident: A 27-year-old ski mountaineer fell into a rocky gully in the Berchtesgaden Alps and was seriously injured. It fell about 100 meters, as the Bavarian Red Cross (BRK) announced on Saturday.
The  man came off the train on Kehlstein in the Berchtesgaden district while driving down a road. Only at the foot of the wall did it come to rest. Attendants then made an emergency call.

The  helmet had been completely destroyed and probably saved his life, the message said.

The  mountain rescue service rescued the man from the difficult to walk area. On the rope of a rescue helicopter, the helpers flew the seriously injured to an intermediate landing site for first aid, and later to a Salzburg hospital.

Several accidents in the past few weeks

In the past few days, the Berchtesgaden mountain rescue service had to move out several times. On Wednesday a racer fell while training on the icy slope. She was seriously injured in the process. A member of the ski watch happened to be nearby providing first aid. A rescue helicopter later flew them to a hospital.

At the end of January, a 29-year-old suffered serious back injuries while sledding.

The  woman still had to receive emergency medical care on site in the valley and was later taken to a hospital.

Beijing in emergency mode due to rising corona cases

Doping ban: Koita and Camara will probably get home leave –...

Anna Sorokin: impostor released from US custody on parole