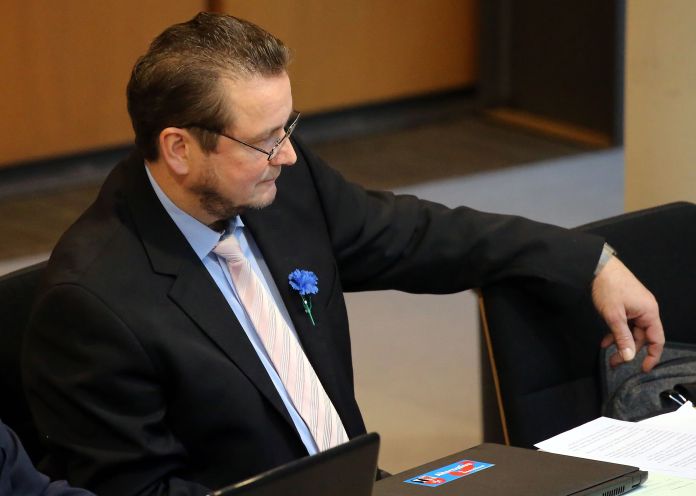 Berlin –  The  AfD Berlin got rid of two prominent members.

The  regional arbitration tribunal decided to exclude Andreas Wild, a member of parliament who has been non-attached since 2017, and Stephan Wirtensohn, chairman of the AfD parliamentary group in BVV Pankow, for anti-party behavior.

The  AfD parliamentary group chairman Georg Pazderski explained to Personnel Wild that the party’s decision confirmed “that the parliamentary group acted correctly with its exclusion in July 2017. Wild is incapable of politics and has no place in a parliamentary group or in a democratic party. A constructive cooperation with him is impossible. His constant dubious failures damage the political integrity of everyone who gets involved with him. “

On request, however, neither parliamentary group spokesman Thorsten Elsholtz nor party spokesman Ronald Gläser could give the exact reasons for the exclusions, which, according to Wild, had been preceded by a two-year process.

The y are “probably diverse”.

Glasses only referred to appearances by Wild in 2018 with a cornflower on his lapel, including in the House of Representatives and at a demonstration at the Holocaust Memorial: From 1933 to 1938, the flower was a sign of the NSDAP in Austria, which was then banned there.

Wild, familiar with the Thuringian AfD boss and right-winger Björn Höcke, was noticed several times with right-wing rabble. Now he tweeted in response to his expulsion: “Premature joy at the Beutegemeinschaft”. In circles of the officially disbanded “wing” around Höcke, the part of the party around the federal chairman Jörg Meuthen who opposes the far right is referred to as “booty community” and for the expulsion of the Brandenburg AfD parliamentary group leader and wing foreman Andreas Kalbitz.

According to Wild, who was already a member of the CDU, the FDP and the Greens, neither he nor his representative could have attended the appointment of the provisional regional arbitration court.

The  MP announced that he would now run for the state board of the Berlin AfD.

The  election is to take place in Brandenburg in mid-March, the party conference had been postponed several times. Most recently, Nicolaus Fest led an emergency board of the AfD since January 2020, recently announced that he did not want to run for the regular chairmanship.

Stephan Wirtensohn told the Berliner Zeitung that after receipt of the written judgment he would obtain an injunction from the court in order to be able to run for the state executive of the Berlin party at the state party conference. One of the reasons he was expelled from the party was that on January 6th he had the state association’s account blocked for a week because at that time there was no lawful emergency board in office.

National League: EVZ back to the top – Lugano wins derby

Corona vaccination for and against: This is how safe the vaccines... Gastronomy: dispute over control of the “free tests”