(Motorsport-Total.com) – Bernie Ecclestone has a new idea for sprint races in Formula 1.  The  ex-Zampano suggests using the result of the Saturday race as the basis for a reversed starting order for Sunday. “ 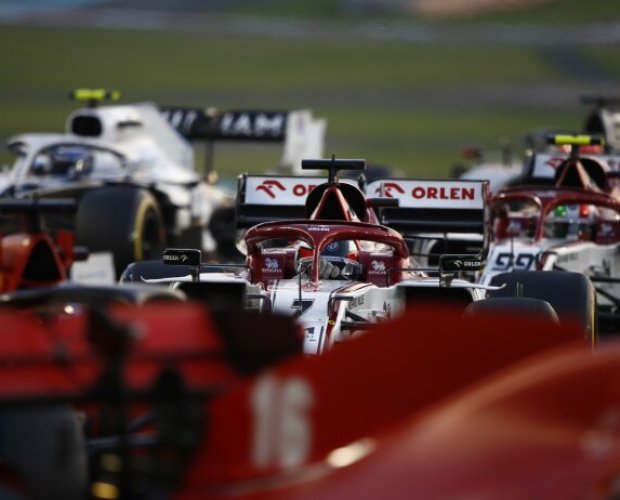 Ecclestone dreams of an overturned order on Sunday

Sprint races in Formula 1 have not just been on everyone’s lips since the last meeting of the Formula 1 Commission. Liberty Media, the FIA ​​and the ten racing teams were basically able to agree to experiment with sprint races this season.

However, it is still completely unclear what the format should look like in practice. Three sprint races are planned in Canada, Italy and Brazil. Qualifying would be postponed to Friday afternoon and two practice sessions would be canceled; the shortened race would be held on Saturday afternoon in around 30 minutes.

A working group should now work out the details, because many questions are still open. Bernie Ecclestone is not surprised that Formula 1 is discussing the idea again, which had already been discussed many times in his day.

The  Brit throws in that the current proposal has a crucial catch: “People only watch the main race when something else is offered than the sprint.” It is currently planned that the qualifying result from Friday will form the starting line-up for the sprint race on Saturday.

The  result of the first race should then be converted into the starting grid for the main race on Sunday – without a “reverse grid”. But this is exactly where Ecclestone’s new proposal comes in. Because he wonders where the variety should be when the sprint result also sets the grid for Sunday?

The  F1 season 2021: boring transition year instead of a planned revolution? No! Using ten examples, we show what is changing … More Formula 1 videos

His idea: “You have to award points for the sprint race, and then turn the grid for the main race accordingly. If the winner of the sprint race gets 15 points, he has to return 15 starting positions on Sunday.” This is the only way to guarantee tension.

The  top drivers could therefore tact and not risk everything in the sprint on Saturday in order to be able to start from a better starting position for Sunday. “My system makes both races exciting,” believes Ecclestone. Conversely, it would offer the smaller teams a great opportunity.

“That would get people on the first row on Sunday who would otherwise never make it there,” the former Formula 1 managing director is convinced of his idea. However, the idea of ​​the “reverse grid” already failed last year due to the veto of some teams, especially Mercedes.

Daniel Ricciardo: Why does the McLaren driver have concerns?

The  pilots are not yet completely convinced of the new format proposal. Daniel Ricciardo admits, for example, that he had “reservations” at the beginning, “but I feel better thinking about it than with reverse grid”, thus rejecting the new Ecclestone idea.

For the McLaren driver it is clear that Formula 1 must be careful not to “manipulate or artificially” shape the sport. After all, the best drivers and teams must continue to be at the top. However, he would have nothing against twice as many races as currently planned.

“Of course, I love competition the most and I would like to do more races and less training,” he admits. “So that’s going in a direction that I like. But the most important thing for me is that a Formula 1 victory still feels as big as it should be.”

Ricciardo warns the rulers against “watering down” successes with artificial gimmicks.

The refore, he also sets a condition: “As long as the second race has the same value, I am open to it.”

Austria’s U20 team lost the World Cup opener against USA 0:11

Radio license fee: What is behind the green belligerence

Empty stadiums, 1000 new entries: How quickly you can become a...