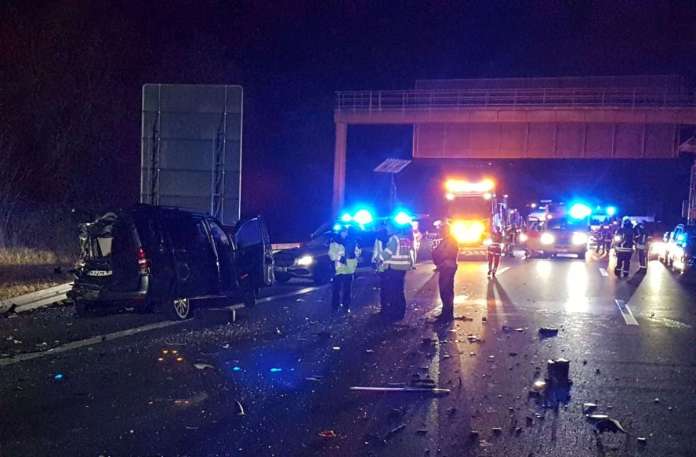 The  police speak of a rubble field and several injured. After an accident on the A8 between Karlsruhe and Stuttgart, the route has to be completely closed at times.

Pforzheim – In an accident with several trucks and cars on Autobahn 8 between Pforzheim-West and Pforzheim-Nord, several people were injured on Monday evening. According to a police spokesman, the accident began when a car crashed into a traffic jam.

Some are trapped, reported the Pforzheim Police Headquarters in an initial report.

The re was talk of a rubble field. Details were initially unclear.

The  police have temporarily closed the route in the direction of Stuttgart completely.

At around 10.30 p.m., a lane was released again, and traffic is diverted past the scene of the accident. Spahn on the corona pandemic: “More than enough rapid tests”

How the US is shaming Germany

Ried builds on the Schweitzer effect

The state of Bremen reports 108 new corona cases – and...

The 27 best products of the show – Kommunikation – Elektroniknet

Germany – minute’s silence for victims of the rampage in Trier