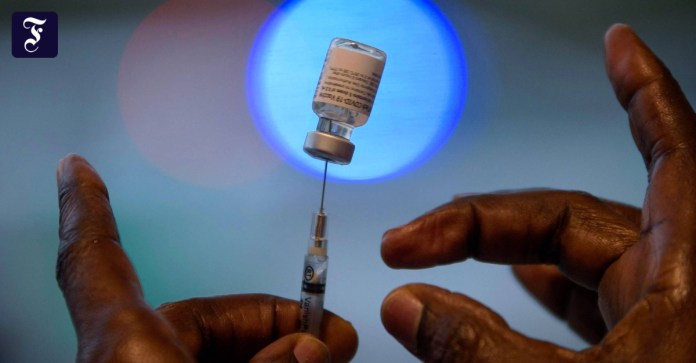 Dhe corona vaccine from the Mainz-based company Biontech and its American partner Pfizer has an effectiveness of almost 96 percent after two vaccine doses, according to new data from Israel. As the Israeli Ministry of Health announced on Saturday, two weeks after the second dose of vaccination, 95.8 percent fewer infections were found in vaccinated people than in non-vaccinated people. One week after the second dose, the effectiveness was 91.9 percent.

According to the study, the vaccine also protects 99.2 percent from serious illness and 98.9 percent from fatal outcome two weeks after the second dose.  The  data are based on nationwide surveys.

The  SPD health expert Karl Lauterbach expressed hope with regard to the new numbers that the vaccine could achieve herd immunity. Lauterbach said the “Bild am Sonntag”: “

The se evaluations are of great importance.

The y are the first clear indication that after vaccination you are neither infected nor contagious. ”This means that the vaccination would actually enable herd immunity“ and enable a return to normal life ”.

The  Israeli vaccination campaign is considered the most ambitious and most successful to date. In the country with around nine million inhabitants, according to new information from the Ministry of Health, 4.25 million people have already received at least one corona vaccine dose. 2.88 million people have already received both of the vaccine doses necessary for complete immunization.

Everyone aged 16 and over can now make an appointment for a vaccination. Prime Minister Benjamin Netanyahu expects 95 percent of citizens over the age of 50 to be vaccinated in two weeks. Against this background, schools and many shops are allowed to reopen from this Sunday.

Favorable signs for stocks in 2021

The decision will be made on Saturday.

Musicians from Bad Cannstatt: A very successful year for the Duo...