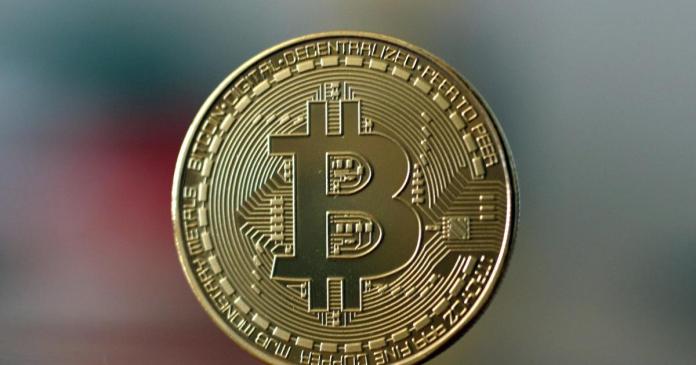 The  crypto rally only reached highs at the weekend.

The  two largest Internet currencies Bitcoin and Ether had climbed to record levels. On Monday, however, things went drastically downhill.

Bitcoin, the oldest and by far the largest digital currency in the market, fell at times by around 17 percent to $ 47,400 at the beginning of the week. It was last at $ 53,000. Bitcoin was still several thousand dollars higher at the weekend. A record high of $ 58,354 was reached on the Bitstamp trading platform.

The  price of the second largest cryptocurrency by market value, Ether, also fell significantly on Monday. After the $ 2,000 mark was broken for the first time on the weekend, an ether cost $ 1,550 at the beginning of the week.

The  value of all Bitcoins in circulation fell well below a trillion dollars after the round mark was first exceeded on Friday. It then hit a high of $ 1.085 trillion over the weekend.

The re was lively speculation in the market about the reasons for the price setbacks. It is conceivable that the price increase on the weekend was mainly driven by private investors, while professional investors created selling pressure on Monday. This could have reacted to statements of the multibillionaire and Tesla boss Elon Musk from the weekend, who had described the Bitcoin price on Twitter as “apparently high”.

The  crypto supporter Musk has caused swings in digital currencies in recent weeks. For its part, the electric car manufacturer Tesla caused a run on Bitcoin after it became known that Tesla had invested billions in the cryptocurrency and that it wants to accept Bitcoin as a means of payment in the future.

Meanwhile, the large US bank JPMorgan pointed to the low market liquidity of Bitcoin in a study published over the weekend.

Be careful, the streets are as smooth as glass here

Cultural workers in Frankfurt: “We are not a gray crowd”

Operations against clans: “We haven’t won yet”