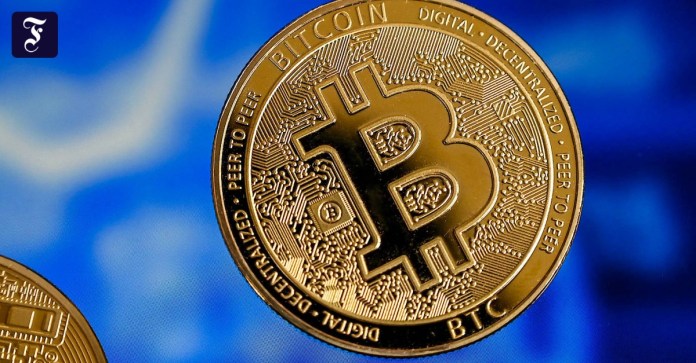 Dhe digital currency market came under significant pressure during the day, with the value of Bitcoin, the oldest and by far the largest internet currency, falling by more than 15 percent at times on Tuesday morning. In the meantime, a rate of 45,000 UDollars has been marked on the Bitstamp trading platform.  The  value of a Bitcoin later climbed back to $ 49,000. Bitcoin was still much higher at the weekend, reaching a record high of $ 58,354.

The  second largest crypto currency in terms of market share, Ether, lost just as significantly as other digital stocks, including XRP, Litecoin and Bitcoin Cash. Sometimes the losses amounted to twenty percent or more.

The  market value of all roughly 8,500 cryptocurrencies fell to $ 1.35 trillion after hitting a record high of about $ 1.76 trillion over the weekend. All bitcoins in circulation were worth about $ 850 billion on Tuesday. Last Friday, the $ 1 trillion threshold was exceeded for the first time.

The  price increases in the past weeks and months are unparalleled.

Just over a year ago, a Bitcoin was worth less than $ 10,000, and since then its value has risen almost sixfold. Such sharp price increases rarely turn out to be sustainable in retrospect.

Pittsburgh Steelers with Ben Roethlisberger more successful than ever

Porsche Holding with “sheet metal damage” through the crisis year