Vienna – Until recently, the Vienna State Opera Carmen emerged from a picture-perfect Seville. She’s been coming out of the phone booth since Sunday. A great achievement. Because despite several Covid diseases in the ensemble, the new “Carmen” made it on stage after all.

Although it is not that new either.

The  production by Calixto Bieito saw the light of day at the end of the 1990s and was then shown all over the world to arrive at its 30th stop in Vienna. It replaces the old, classic production by Franco Zeffirelli, an enormously elaborate thing from 1978.

The  new production is effective, practicable, and probably a pragmatic decision for a repertoire company. Still, it would have been exciting to see the reactions of Viennese opera fans.

The  lucky few visitors to the TV recording had to do without that. For this, everyone can now, for example in the ORF media library or in the state opera stream – on play.wiener-staatsoper.at “Carmen” is scheduled for the next time on February 26th – at home. And wonder how much it takes Bizet’s “Carmen” for Bieito to move her from Seville to the Spanish enclave of Ceuta in Africa. In addition, where he and his outfitters (stage: Alfons Flores, costumes: Mercè Paloma) concentrate on images that, in their archaic simplicity, appear timeless even after 20 years.

As in the testosterone mist, the soldiers parade around a flagpole in the first act and pounce on the workers pouring out of the cigarette factory. It’s hearty lower-class opera when Carmen and her smuggling party drive up in a discarded taxi Mercedes and Escamillo is clapped like a soccer hero. Bieito lets his protagonists clash emotionally and brutally, relies on direct theater, for example when he lets the choir sing head-on into the audience in the last act, in order to then show the tough showdown between Carmen and Don José on an empty stage.

The  cast of the title roles can hardly be better imagined: Anita Rachvelishvili’s Carmen is a natural phenomenon in terms of the volume of her full-hot mezzo and her charisma, albeit with a few drawbacks, which may be due to the illness she has overcome. Piotr Beczala sings what is currently the juiciest Don José with the most vocal enamel. Vera-Lotte Boecker, jumped in at short notice, convinces as a self-confident, bright Micaëla. Erwin Schrott, as Escamillo with a virile bass-baritone, is a perfect match for the aging torero, to whom life has inflicted many a wound. All other roles are excellently cast and the choir sings and plays with verve.

The  new chief conductor of the Vienna Symphony Orchestra, Andrés Orozco-Estrada, presented himself for the first time in Vienna as an opera conductor. Between one-dimensional karacho and piano-tender search for mood, he rarely finds music theater. He should have listened more often to the singers who make this “Carmen” captured by the camera and microphone an experience.

ESA shows Mars rovers that you can print yourself

BVB is looking for strikers against VfB Stuttgart: The likely starting... 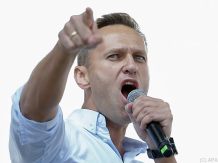 Dominic Thiem: “I’m not a machine”

The worldwide hit Dead Cells is back on January 26th with...