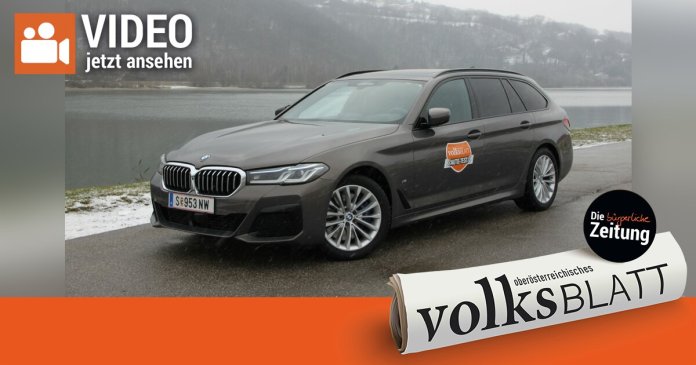 123,541 euros, to be precise. But you have to know: Rosi costs 72,152 euros without extras. If you want a panoramic glass roof, M Sport Package, Austria Package, Innovation Package, trailer coupling, M seat belts, luggage compartment net, remote-controlled parking and the crystal-clear Bowers & Wilkins Diamond Surround Sound System and the like, you have to pay a lot for it – and that’s how Rosi costs much like a condo.

But why Rosi? Well, is a nice name and probably also a typical Bavarian and Upper Austrian name, right? So I decided on Rosi. Because the station wagon body comes from the Dingolfing plant, the engine comes from Steyr.

And I got on well with Rosi! “Hey Rosi,” I said. “Hello” or “good morning” she answered in her clear, clear voice. And then we chatted. She read the weather data to me, switched the heated seats on or off, started navigating to the office or told jokes (what is seven times seven?).

Otherwise, Rosi – and by that I mean not only the voice control of the sophisticated 5 Series Touring but the entire vehicle – was very nice and neat.
It had so much to offer: from heated and cooled seats to numerous storage compartments, heated steering wheel, two-zone air conditioning, networking, adaptive cruise control, lane departure warning to on-board computer, 10.25-inch touch display including seven shortcut buttons underneath and head-up Display.

Rosi knew how to pamper: the leather seats were soft, cuddly and electrically adjustable in many ways, the space in the rear was acceptable even for tall people and the massive leather steering wheel with its many buttons, switches and buttons was easy to hold.

The  285 hp diesel engine, barely audible inside, acted gently in eco mode, lively in comfort mode and courageously in sport mode – but only after a moment of thought. Rosi’s eight-speed automatic, on the other hand, was at its best: barely noticeable, lightning-fast and always on the right track. Rosi could hardly upset anything either.

Reliably, stoically, safely, she found her trail, even at higher speeds. And she never drank when she was thirsty. 7.3 liters of diesel per hundred kilometers. An appealing value for a three-liter displacement and just under two tons of live weight. And she was gentle, even with the toughest potholes.

In the end, Rosi also offered enough space in the perfectly processed luggage compartment (it goes without saying that the tailgate swung open electrically).

The re it was an impressive 560 liters, and even 1700 liters with the rear seat folded down.

Oh, I miss her. And you can only rename the voice control in a BMW. And seven times seven is very fine sand, according to Rosi.

Change of captain for the Graz99ers a “routine rotation measure”? ...

Kamil Stoch is about to win his third victory