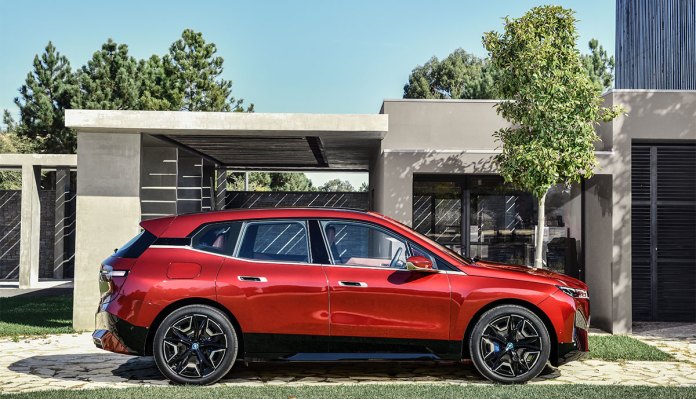 BMW boss Oliver Zipse spoke in an interview about how the group is making its e-mobility strategy as environmentally friendly as possible.  The  focus is on production and the supply chain, but the recycling of components also plays an important role. For the latter, BMW could offer a bonus for the return of the vehicle for the first time in a new electric car coming this year.

Electric cars charged with green electricity are more environmentally friendly than combustion cars, but the CO2 emissions during production are significantly more extensive due to the large drive battery.

The  so-called CO2 backpack can be worked off by users by charging energy from renewable energies, but manufacturers such as BWM want to send their e-cars onto the streets in a more climate-friendly way in the future. “

The  ‘greenest’ electric car comes from BMW,” said Zipse in an interview Focus.de his claim. This goal is being promoted together with suppliers. Increasing electrification would increase the CO2 emissions of vehicles sold in the supply chain by more than a third by 2030.

The  aim is not only to avoid this increase, but also to reduce the footprint by at least 20 percent.

The  central component of electric cars is the battery pack, in particular the production of the individual batteries it contains is still very energy-intensive today. BMW has therefore agreed with its suppliers that they will only use green electricity in the manufacture of the latest generation of battery cells. By 2030 that will save a total of 10 million tons of CO2, said Zipse.

The  fact that BMW purchases aluminum, which is produced using electricity from solar energy, saves another 2.5 million tons of CO2.

BMW is also minimizing the use of critical raw materials and has reduced the proportion of cobalt in the cathode material to less than ten percent for its latest generation of batteries.

The  company’s newest electric drive already works completely without rare earths. In order to encourage suppliers to be more sustainable too, one has to set an example – BMW is therefore pursuing even more ambitious goals: “In our own production we want to reduce our CO2 emissions by 80 percent by 2030. That corresponds to an even more ambitious path than the 1.5 degree target from the Paris climate agreement, ”said Zipse. From this year on, the group will neutralize emissions that cannot be reduced quickly enough by using certificates “according to the highest standards”.

The  claim is also to rule out violations of environmental standards and human rights in the supply chain, but this is a challenge, especially with critical raw materials. That is why BMW is joining the supply chain in some areas and buying cobalt and lithium directly from mines in Australia and Morocco, for example. In addition to switching to renewable energies, the automotive industry must also significantly reduce its overall consumption of resources; there is a “clear efficiency requirement”.

The  main challenge is to prepare the materials accordingly. For example, in today’s recycling processes, steel is mixed with copper from the vehicle’s electrical system and then no longer meets the safety requirements. It is therefore necessary to take later recycling into account when designing the vehicles.

The  high-voltage batteries of electric cars contain a particularly large number of valuable raw materials, such as lithium, cobalt and nickel. At the end of the year, BMW’s new iX electric car (cover picture) will be launched, which is a large SUV and uses a powerful battery produced with a lot of energy. According to Zipse, there could be a return bonus for vehicles in the new series at the end of their life, which is based on the value of the raw materials.

The  batteries could then be used for a second time as stationary electricity storage. Ultimately, they would be recycled to close the loop and form the resource-saving basis for new energy storage systems.

Electricity provider check: For the first time, all 148 providers checked...

“I had the film in my stomach”