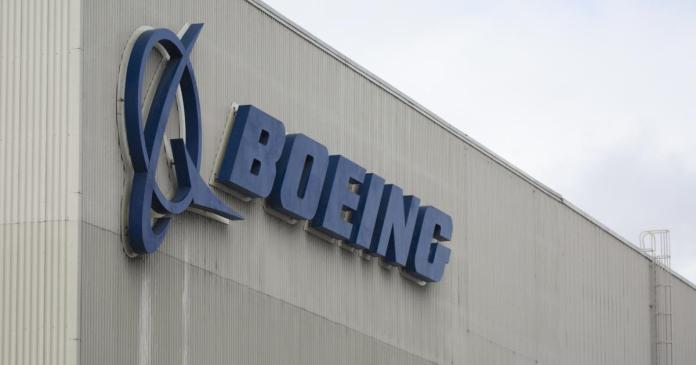 Bad news for the American aircraft manufacturer Boeing and the engine manufacturer Pratt & Whitney: After an engine failure on a Boeing 777 near Denver, this type of wide-body jets is threatened with a flight ban. In Japan and Great Britain, the machines with this drive from Pratt & Whitney are no longer allowed to take off for the time being.  The  US aviation authority FAA announced a corresponding emergency policy.

“This will likely mean that some aircraft have to be taken out of service,” said FAA chief Steve Dickson on Sunday (local time).

On Saturday, after an engine failure, large aircraft parts of a United Airlines (UA) Boeing 777 crashed into residential areas as debris near Denver. A video shot by a passenger shows flames emanating from the right engine during flight. At this point the panel had already plunged into the depths.

According to the FAA, the right engine failed shortly after takeoff.

The  plane landed safely at Denver International Airport with 241 people on board.

The  machine was on its way from Denver to the capital of Hawaii, Honolulu.

Boeing recommended that airlines leave the world’s 128 aircraft powered by Pratt & Whitney’s PW-4000-112 engines on the ground for the time being. This applies as long as the investigation by the US accident investigation authority NTSB continues and until the FAA has drawn up the necessary rules for an inspection of the drives. 69 of the machines are currently in operation and 59 are in storage.

The  Boeing 777 wide-body jet has been built since the 1990s. When purchasing, customers could choose between three drive types.

The  Munich engine manufacturer MTU is also involved in the Pratt & Whitney drive. Many machines in the series are equipped with competing engines from General Electric or Rolls-Royce.

The se are not affected by the current problem.

Boeing says it supports the decision of the Japanese Civil Aviation Authority and the FAA to suspend operations and is working with them. Pratt & Whitney also announced that they would support the changed inspection intervals for the drive type.

The  announcement of further investigation results is at the discretion of the NTSB.

As a precaution, the Japanese Ministry of Transport ordered a flight ban for aircraft equipped with the affected engines in their own country. This affects 13 aircraft from Japan Airlines (JAL) and 19 aircraft from All Nippon Airways (ANA), as the Ministry announced in Tokyo.

The  same applies to Great Britain.

The  machines with the engine type are not allowed to use the airspace of the country for the time being, announced the British Transport Minister Grant Shapps and the aviation authority CAA on the news service Twitter on Monday. British airlines are not affected.

According to its own information, the European aviation authority EASA is in contact with the FAA.

The y have asked for more information about the cause so that measures can be taken if necessary.

United Airlines announced that it will be voluntarily removing 24 Pratt & Whitney 4000 Series Boeing 777 aircraft from its flight schedule as a precautionary measure. It should be ensured that these aircraft meet the strict safety standards and can be put back into service.

According to a spokesman, the Lufthansa Group only uses General Electric engines that are not affected by the companies Lufthansa Cargo, Swiss and Austrian.

The  incident is further bad news for the US company Boeing, which only came under pressure last week due to possible production defects in the long-haul 787 “Dreamliner”.

The  FAA had therefore ordered inspections of around 222 machines because there was a risk of damage to so-called decompression panels for separating the passenger area.

The  group is already badly hit by the consequences of the corona crisis and the debacle over its best-selling 737 Max series, which was banned from flights worldwide for more than a year and a half after two crashes with a total of 346 deaths. In the past fiscal year, the company had a record loss of more than $ 11.9 billion.

Like Guttenberg, only in Dada: Briefly, ‘Minister falls over university cheating

Antwerp professional appears in the jersey of the rival for training...

Sarah Lombardi wins as a skeleton