Great Britain has long had dreams of a tunnel between Ireland and Scotland. British Prime Minister Boris Johnson now wants to make this come true – and is mocked.

It looks like a stone’s throw away, and yet many plans have already failed: Now, however, a transport link from Great Britain to the Irish island is getting closer. At least if British Prime Minister Boris Johnson has his way. He is considered a big fan of the billion dollar project. A feasibility study is expected soon.  The  Ministry of Transport announced on request that it was about exploring ways to better connect the country’s “four nations”.

According to the media, it is about a 50-kilometer tunnel that connects Stranraer in southwest Scotland with Larne in Northern Ireland. So far, a ferry has operated between the places. But other approaches are also under discussion, as recently reported in the “Sunday Times”: According to this, Johnson is enthusiastic about a mega project of three tunnels from Great Britain to the Isle of Man in the Irish Sea – one of an underground roundabout should be one Branch off the tube to Northern Ireland.

The  tunnel idea came up in the 19th century

This would have the advantage of avoiding the up to 300 meter deep Beaufort’s Dyke sea trench off Stranraer, in which millions of tons of ammunition were disposed of after the Second World War. But the “Sunday Times” quoted Johnson’s adviser that the idea was only suitable “to show how crazy the whole thing is”. Johnson is fascinated by it.

Giant machines that eat paths deep into the seabed, gigantic tubes through which travelers cross the sea deep underground: the dream of a connection is not new. As early as the 19th century there were always ideas. But in the end they always failed.

The  plan has only gained momentum in recent years, but now it should go quickly.

From London to Dublin in six hours

The  idea of ​​a bridge now seems to be off the table: the piers would have to be bored too deep into the sea floor, the wind in the Irish Sea is too strong. So a tunnel is supposed to be created, dubbed “Boris’ Erdloch” by the press.

The  costs are estimated at the equivalent of 23 billion euros.

The  tube could be ready by 2030, said Scotland Minister Alister Jack just under a year ago.

The  tube is to connect with the high-speed route High Speed ​​2, a rail infrastructure project that will connect London with the economically disadvantaged regions in the Midlands and the north of England in record time. In four hours from the British capital to the Northern Irish metropolis of Belfast and in six hours to Dublin, Ireland – that is the vision for the future.

The  economy is at odds over tunneling

Experts are convinced that the project would have great advantages for the economy. “It would greatly stimulate the construction sector in Great Britain and research into innovative materials and construction methods,” wrote Wanda Lewis, professor emeritus of civil engineering at Warwick University, in February 2020. Headwind is coming from the industry association CBI.

The  project means a “potentially expensive and inefficient use of scarce public resources”. But politicians on both sides of the inlet hope for a boost for their communities.

The  Eurotunnel, which has been connecting Great Britain with France since 2004, is also a model for Johnson.

The  Ireland tube should have the same structure, it is said, and would be of a similar length. Reference is also made to the – much shorter – Fehmarnbelt tunnel between Germany and Denmark, for which excavation work is to begin in summer. And even the still very theoretical plan of an underground roundabout would have a model: At the end of 2020, a similar “roundabout” was opened under the Faroe Islands in the North Atlantic.

Tunnel would be a signal to unionists in Northern Ireland

The  main driver for Johnson is Brexit.

The  prime minister has lost a lot of sympathy in Northern Ireland recently. Unlike the rest of the UK, the province remains part of the EU customs union and internal market. This is to avoid a “hard” border with the EU member Ireland and possible new tensions in the former civil war region. Instead, a customs border was created in the Irish Sea because customs regulations now apply to deliveries from Great Britain to Northern Ireland.

This angered supporters of the Union.

The  tunnel would therefore be an important symbol for them, emphasizes MP Sammy Wilson. “Such a project would at least give the people of Northern Ireland the belief that the government is ready to build infrastructure and spend money to ensure that we are physically connected,” said Wilson, according to the Sunday Telegraph. In Scotland, however, one is not so impressed: “In Downing Street April 1st has been brought forward,” said Richard Thomson of the ruling Scottish National Party (SNP).

Corona rules in December: Will Christmas be a superspreader event?

Albertina opened the modern in no time at all 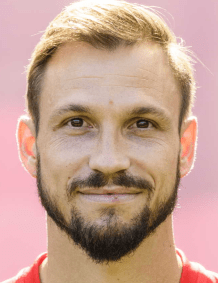 Champions League out for Salzburg “hard to digest”