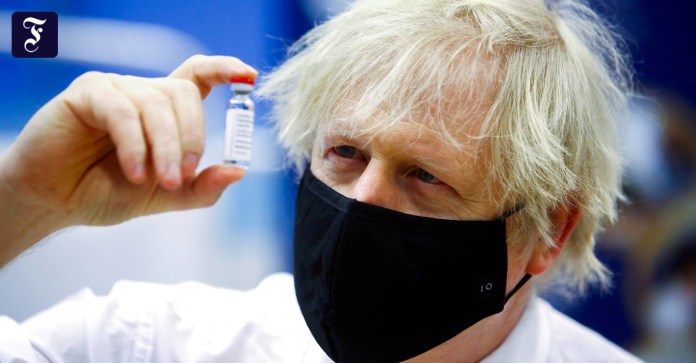 AEven if the vaccination program exceeds all expectations and the most important risk groups – including almost all residents over 70 years of age – are already immunized, the British can only hope for a slow normalization of everyday life after Easter. Before Prime Minister Boris Johnson announced his “Lockdown Roadmap” in the late afternoon, there were indications that the government’s motto was emphasized by the “cautious but irreversible” easing of measures in the first word.

It was confirmed in the morning that all schools will reopen on March 8th. (Kindergartens were not closed while the third lockdown was in progress.) Millions of parents are waiting, wringing their hands; Getting children back to school has always been called a “priority” by Prime Minister Johnson.

The  trade unions and parts of the Labor Party only partially agree with the type of opening; they demand early vaccination for teachers. In Scotland and Wales there is a “phased” approach; however, at least the elementary schools there were allowed to reopen this month. Johnson can only decide for the territory of England on health issues.

According to the government plans, the residents of the nursing home (who have been vaccinated for weeks) can breathe a sigh of relief when they are allowed to receive visitors again on March 8 – but only from one person. From this date, citizens should also be allowed to meet a member outside of their own household for a conversation in the fresh air and sit on a park bench, for example. So far, only joint running or fast walking is permitted.

The  ban on leaving the narrower radius of one’s own house could also be overridden on this day.

The  recommendation to work from home if possible could also be collected. One-day trips to other locations would be possible, but no overnight stays away.

Donald Trump causes laughter with a speech at the mini desk

The traditional concerts from Berlin and Vienna – without a live...

Refund of the retail versions of Cyberpunk 2077