The  derby win against Schalke 04 was a highlight in the changeable BVB weeks.

The  players celebrated the success from the bus with the fans and broke corona rules. Club boss Watzke calls for understanding.

Dortmund’s managing director Hans-Joachim Watzke has taken the cheers of the BVB players after the derby victory against FC Schalke 04 in protection. “Just imagine, the team goes home after the triumph, the fans are cheering outside and our players sit inside the bus like wax figures without facial expressions and gestures. That can’t be the case either,” said the 61-year-old in the Interview with Sport1 and added: “Nevertheless we all have to adhere to the rules!”

In front of the training grounds of the Dortmund Bundesliga club, there was a gathering of larger fan groups on Saturday evening. You can see the scenes here.

After the jubilee celebrations, BVB admitted violations of the corona rules.

The  players also celebrated on the bus without masks and filmed it “in exuberance,” as the club announced. On a video that was temporarily published on Mahmoud Dahoud’s account on Instagram, Marco Reus, Erling Haaland, Emre Can & Co. cheered fans behind the windshield, who greeted them with Pyro.

“But it is important, and I would like to emphasize this again at this point, that no player got off the bus and celebrated with the fans,” Watzke now emphasized at Sport1. BVB will accept a penalty from the German Football League and learn its lessons from the case, said Watzke: “We will work through the case and work with the police and everyone involved to ensure that something like this does not happen again. We are Borussia Dortmund has a great responsibility. We sincerely apologize for it. ”

No green card: does Wendler’s Laura have to leave the USA?...

The votes for the game: Rapid Vienna against Sturm Graz with... 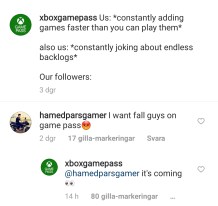 Missing Rebecca Reusch from Berlin: Brother-in-law is said to have been...