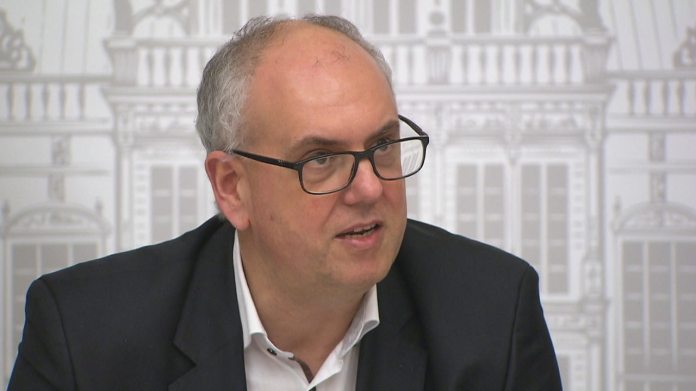 Bremen’s Mayor Andreas Bovenschulte (SPD) has brought up an obligation for corona rapid tests in companies. In view of the low costs, they should not represent a disproportionate burden for employers, writes the SPD politician on Twitter.

Bovenschultes suggestion: From mid-March, companies with 250 or more employees must have their employees tested. From the beginning of April, the small and medium-sized companies would also have their turn.

The  mayor of Bremen does not write how often the tests should be carried out. Such a measure can significantly increase the level of infection protection in companies – especially where home office cannot be considered for organizational reasons.

A test is currently only mandatory in old people’s and nursing homes in Bremen. Kita employees are offered a quick test twice a week.

Rapid tests will be available in large numbers from March

Anti-gene rapid tests are significantly cheaper and not as complicated to use as the previously common PCR tests.

The  result is available after a few minutes. According to Federal Health Minister Jens Spahn (CDU), large numbers will be available from March.

CDU accuses Bovenschulte of not being credible

Criticism comes from the Bremen CDU. Group leader Thomas Röwekamp accuses Bovenschulte of not being credible. On Twitter he wrote:
“Is that the same mayor whose senate rejected compulsory tests for their own teachers this week?”

Between us: caretaker Krause star Michael Dierks gets in – TV

Bishop Voderholzer: Only a man can be a priest