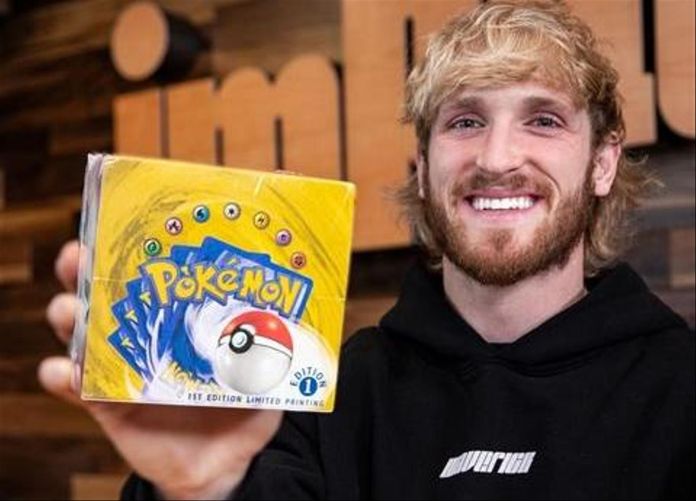 YouTuber Logan Paul bought “Pokémon” packs for two million dollars. Now many are imitating him. One explains what the hype is about.

The re was already a huge hype about “Pokémon” back then. Be it because of the TV series, the video games or the trading cards themselves.

The y were often used to play or trade in the playground. Now streamers and YouTubers have rediscovered the cards and are making a comeback.

The  kids from the 90s are now almost 30 years old. Many now have a fixed wage and no longer have to sacrifice pocket money for the cards. And thanks to nostalgia too, prices keep rising. 2020 was a record year for the amount of “Pokémon” cards sold. In particular, so-called displays (a box with 36 packs) of the first generation have multiplied in price.

Lots of money, lots of viewers

The  rising prices and the hype caused the streamers:

The y open several packs in the live stream and thousands of people are watching. Everyone wants to see: is there a valuable card hidden in the pack? YouTuber Logan Paul bought packs worth $ 200,000 in October 2020 – without knowing what’s inside. He then opened it live on his channel.

The  video now has more than eleven million views. Among other things, he found the rarest and most expensive card (see photo gallery at the top).

Daniel Stäger, Swiss streamer and caster, has also jumped on the bandwagon. He says, “Logan Paul started the hype with his reach first.” On February 27th, for the 25th birthday of “Pokémon”, Logan Paul wants to open more packs in the live stream. “

The n at a colossal value of two million dollars,” said Stäger.

Stäger is known as Pistolenhenry. He casts various “Fortnite” tournaments on his channel. He, too, will soon be opening an expensive display from the Rocket First Edition team with his streamer colleagues. He bought this in the USA for around $ 30,000.

As with Logan Paul, fans can secure a pack for a large chunk of money, which will be opened live.

The y have to pay around 690 euros for this.

The  most expensive card from the set can have a value of up to around 7,300 euros. “Most of the buyers so far are from Germany, where the hype is currently a little bigger,” says the 29-year-old high school teacher.

The  stream itself is reminiscent of a game of chance: there are chances to win tickets worth thousands of euros. However, the yield can only be a few hundred euros – which would mean a loss for viewers who have invested money. Even so, people at Logan Paul paid up to 27,500 euros for a single pack. “

The y are excited and guessing live in the stream and are enthusiastic about every rare card,” said Stäger.

The  value of the cards is determined by certain institutions in the USA, for example the PSA (Professional Sports Authenticators). Fresh cards are sent there by post and are rated from one to ten, depending on their condition. Only cards with a rating of ten are really valuable. “But that’s difficult,” said Stäger, “because only small scratches, unsightly corners or slightly bleached printing inks reduce the value enormously”.

If you want to know how much such trading cards are worth, you can have a look at the ten most expensive “Pokémon” cards in the photo gallery above.

Leverkusen loses fourth in Frankfurt – Union for the time being

So it goes with the development

No team that “devours” drivers