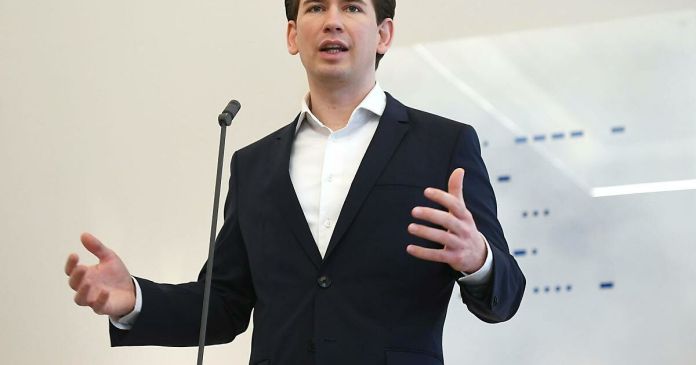 He wanted to clear up the “allegations thrown into the room”, as the Chancellor put it in a letter to the WKStA. Malice came from the FPÖ, criticism from the NEOS.

In short: I am available at any time

“I am available to give testimony at any time, seven days a week, because it is my concern that these erroneous facts and false assumptions can be quickly cleared up,” says the letter available to the APA. Because these “incorrect assumptions” from the files, which became public, caused reputational damage at home and abroad for the people concerned – and also for the federal government and thus for the entire Republic of Austria.

ÖVP is said to have received no donations from Novomatic

Once again, Kurz stated that the ÖVP had not received any donations from Novomatic. This is “incorrect” and can also be seen from the accounts audited by the Court of Auditors.

In addition, Kurz emphasized that the investigations should be carried out independently by the judiciary and that he would therefore “never interfere publicly in a procedure”, but still says: “But in this specific case there are incorrect facts and incorrect assumptions made by the WKStA to the media I have now been busy several hours a day for over a week, answering media inquiries from home and abroad about these false accusations. ”

Kickl sees “escape to the front”

FPÖ club chairman Herbert Kickl identified a “transparent escape to the front” in Kurz’s letter to the WKStA. With this, Kurz only revealed his guilty conscience, apparently “naked panic” prevailed in the ÖVP, according to Kickl: “It will be interesting to see what machinations will come to light when the black and turquoise chairman reacts this way.”  The  “Message Control” slips away from the Chancellor. “

The  motto in the People’s Party is now: ‘Save yourself if you can!'” Smirked the FPÖ club chairman.

NEOS: ÖVP calls in the direction of justice “dispensable”

In short, the WKStA does not need to offer a testimony, said NEOS Vice Club boss Nikolaus Scherak: “

The  investigators just have to be able to work without the constant attacks from the ranks of the ÖVP.” Should a testimony from Kurz be relevant, “then the WKStA will approach him even without the Federal Chancellor’s invitation”.

The  ÖVP calls in the direction of justice are “dispensable” and should come to an end, said Scherak.

SHARE IN FOCUS: With the exit of KKR, ProSiebenSat.1 becomes interesting...

Astrophysicists solve puzzles about star births in nearby galaxies

Berlin – Police officer sentenced after fatal accident: “The mission does...

50 euros more per year: Electricity price rises to a record...