AstraZeneca has developed into one of the most important vaccine manufacturers during the Corona crisis.  The  group was not previously active in this area. CEO Soriot’s new strategy seems to be working.

In the corona pandemic, AstraZeneca has started to play a pivotal role in vaccine production.

The  company has never been a large vaccine manufacturer in the past.

The  British-Swedish group has existed since 1999. At that time, the Astra company, founded in Sweden in 1913, and the British company Zeneca merged. AstraZeneca specialized in drugs for cancer, respiratory and cardiovascular diseases.

But then came the year 2020, a corona virus that was supposed to shake the world, and many things changed. “At AstraZeneca we work with other industry companies, with governments and organizations around the world. We forge alliances that would normally be unthinkable,” explains Managing Director Pascal Soriot.

AstraZeneca set up a laboratory for Covid-19 tests in collaboration with the British pharmaceutical competitor GlaxoSmithKline and the University of Cambridge. Under Soriot’s leadership, AstraZeneca has moved its provincial headquarters to Cambridge to be closer to cutting edge research. AstraZeneca entered into a cooperation for vaccine development and production in April last year with the other top university in Oxford.

“When the pandemic began, it quickly became clear that the pharmaceutical industry would have to do everything possible to find treatments and vaccines,” says AstraZeneca boss Soriot.

The  scientists brought their results from years of research to AstraZeneca’s experience in developing and manufacturing vaccines on a global scale.

However, AstraZeneca itself only has limited capacities.

The  company has therefore outsourced a large part of the vaccine production – including to one of the world’s largest manufacturers of vaccines, the Serum Institute in India. A considerable part of the vaccine doses should be available for developing and emerging countries anyway.

The  University of Oxford and AstraZeneca claim that this ethical component was very important. “Covid-19 is a global threat and we will only conquer it if we provide the greatest possible access to potential vaccines,” says Soriot.

The refore, both partners decided to work together with others to give everyone around the world fair access. “During the pandemic, we want to do that without profit,” promises the company boss.

Which still opens up the possibility of making money with the vaccine after the acute crisis, although poorer countries are apparently supposed to get the vaccine against Covid-19 permanently at cost. On the stock exchange, the cost price levy does not cause any flights of fancy, but analysts still believe that AstraZeneca can generate an entrepreneurial profit: in the form of expertise and testing a new business area.

Actually, the group should also be able to count on an image gain and political goodwill. However, it is questionable to what extent the company can still hope for this after the dispute with the EU Commission over contractual clauses and delivery failures.

On the other hand, Soriot’s ambitions for the company are clear. When the Frenchman became CEO in 2012, AstraZeneca was not doing well. Important patents expired and there were hardly any promising new developments. In 2014, the pharmaceutical company had to fend off a hostile takeover by the US company Pfizer. Soriot then put AstraZeneca back on the road to success.

The  company generated an increase of 3.2 billion dollars last year. Sales grew by around 10 percent to $ 26.6 billion.

Merz is against accepting refugees from Greece

Smartwatch from Aldi: What good is the fitness gadget for 35...

Corona pandemic: Africa is gearing up for vaccination campaigns 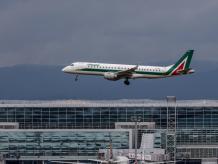