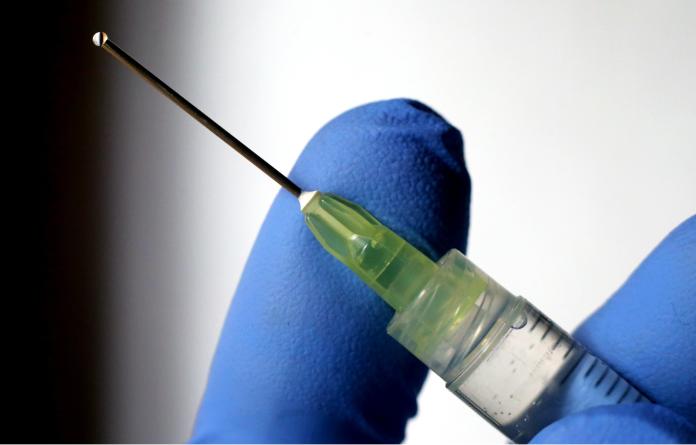 Seven-day incidence over the weekend was 126 –
6 hours ago

LONDON – Every third adult in Great Britain has already received a corona vaccination. Everyone should be vaccinated at least once by the end of July. At the same time, the country is crossing another sad threshold of its devastating corona balance.

From Biontech to Valneva: An overview of the corona vaccines

On behalf of the 27 states, the EU Commission has so far concluded contracts with six vaccine manufacturers and thus secured around 2.3 billion doses of various products. More are to follow. An overview.

Great Britain wants to offer all adults a vaccination against the coronavirus by the end of July. “This will help us to protect those most at risk more quickly and to be able to relax restrictions,” Prime Minister Boris Johnson said in London on Saturday. To date, more than 17 million people in the UK have had a first vaccination – one in three adults.  The  next goal is to vaccinate everyone over 50.

The  government now wants to achieve this by mid-April, two weeks earlier than previously planned.

The  so-called seven-day incidence was 126 at the weekend – more than twice as high as in Germany.

Despite the comparatively high number of vaccinations, the conservative government only wants to gradually relax the existing protection regulations in the country with more than 66 million inhabitants. Johnson said the path out of lockdown should be “cautious and phased”.

The  Prime Minister wants to announce his plans for the first easing this Monday. In the future, some private meetings outside and individual visits to nursing homes should be possible again. Returning children to schools is also a top priority for the government.

Outbreak, lockdown, vaccine: One year of Corona in Germany

The  Sars-CoV-2 coronavirus has changed the world like no other pathogen before it. Over two million people worldwide have died from or with the virus.

The  first infection in Germany became known on January 27, 2020. We look back on a year of Corona.

The  infection situation in Great Britain has improved significantly in the past few weeks, but remains at a very high level.

The  curve of new infections drops quite continuously. Most recently, the country counted 126 new cases per 100,000 inhabitants in the past seven days. In Germany, the seven-day incidence on Sunday was just over 60.

The  official number of corona deaths exceeded the threshold of 120,000 cases on Saturday – people who tested positive for the virus in the four weeks before their death. If you add all cases with Covid-19 on the death certificate, there were almost 130,000 corona deaths weeks ago. This makes the UK one of the worst hit countries in Europe.
Due to early and extensive orders, Great Britain has fewer delivery bottlenecks for vaccines than the states in the EU, where the country was no longer a part of last year. It wants to give excess vaccine doses to poorer countries – but only when the British are vaccinated.

600,000 vaccinations in the first quarter

What the fourth corona vaccine can and cannot do

Value One and Nuveen Real Estate expand to Poland with Milestone