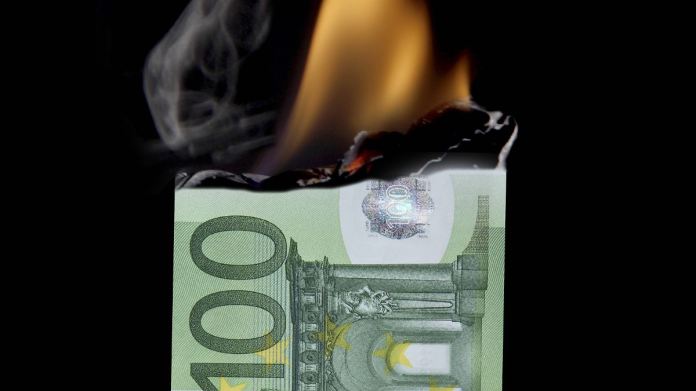 
The  people in Germany put a lot of money on the high edge in the Corona year 2020, but that can increasingly turn out to be negative business. More and more financial institutions are passing on the negative interest rates imposed by the ECB for so-called sight deposits to their customers.
A growing number of credit institutions are passing the European Central Bank (ECB) penalty interest on to customers. “

The  proportion of banks in Germany that rate their customer deposits negatively on average increased further in 2020,” says the monthly report of the Deutsche Bundesbank.

Exact number of banks not given

Fixed-term deposits and co. Continue to earn positive interest on average. In the case of sight deposits from private households, the share of finance houses that charge negative interest rates on average was 42 percent at the end of 2020.

According to the Bundesbank, negative interest rates for companies are no longer limited to certain banking groups, “but now seem to be a common practice.” From private customers, savings banks and cooperative banks in particular charge negative interest rates and less large banks and regional banks. Account management fees that are charged in addition or instead are not included in the statistics.

Daimler wants employees of company doctors to be vaccinated against corona

Triple jackpot with EUR 3.5 million after the bonus drawing on...

US broadcaster reports on Michael Wendler “wanted by the government”

Virologists are currently not worried about the new coronavirus variant

Corona winter: That’s what the mountain railways say about the planned...

Friday and Sunday: food packages and currywurst for the homeless |...