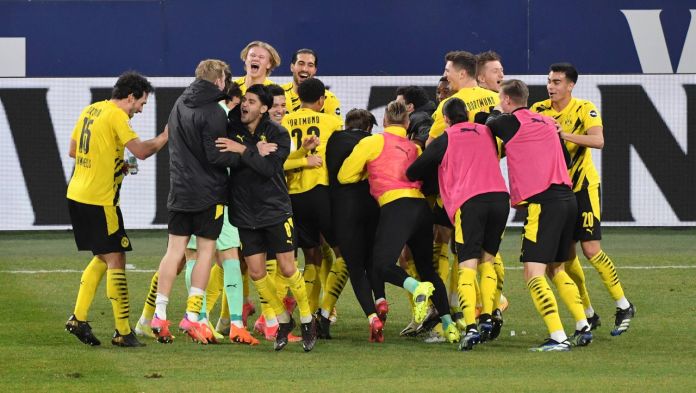 On publicly distributed videos and photos it was “clearly recognizable” that BVB players celebrated the derby victory on Saturday evening in the team bus without distance and without mouth and nose protection and that numerous supporters of the club cheered the team on their return, said the league association.

“ The re’s no question that the Revier derby is a special game. Nevertheless, the club is responsible for checking and monitoring compliance with the rules, “explained the DFL:” All games must be carried out in accordance with the currently valid medical and hygienic concept, including travel to and from the club. «

Dortmund’s managing director Hans-Joachim Watzke had defended the cheers, but at the same time admitted mistakes. “Just imagine, the team is going home after the triumph, the fans are cheering outside and our players are sitting like wax figures inside the bus without facial expressions and gestures,” the 61-year-old had told Sport1. “Still, we all have to obey the rules!”

“About five times as much” – Rush for business before lockdown

What will happen to the Weimar “crime scene” after Christian Ulmen’s...

“DSDS” thanks Bohlen, Naidoo and Wendler the embarrassment of the year

Outgoing US President Trump drives a wedge in the Republican Party