Defense Minister Annegret Kramp-Karrenbauer (CDU) wants to draw personnel consequences at the Special Forces Association (KSK) after a new scandal.  The  commander of the KSK, Brigadier General Markus Kreitmayr, applies according to information from Süddeutsche Zeitung than no longer to be held after a questionable amnesty regulation was introduced under his leadership in 2020, under which soldiers could return ammunition that had gone unpunished. A decision about Kreitmayr’s future was expected on Monday, Tuesday at the latest.

The  association is under special observation because of right-wing extremist incidents. Minister Kramp-Karrenbauer made the future of the KSK subject to the condition that it would be able to reform itself. Kreitmayr was seen as a key figure in this reform process, which should be completed in the summer.

In an ongoing trial against a KSK soldier in Saxony who had found a weapon stash, it became known that ammunition stolen or misappropriated in the KSK could be returned with impunity. Several tens of thousands of rounds of ammunition are said to have been delivered that were missing from the stocks.

Kreitmayr has also lost support in the opposition. If the allegations are true, “very serious questions arise about the commander’s responsibility,” said Green politician Tobias Lindner of the SZ. FDP defense expert Marie-Agnes Strack-Zimmermann also sees failures in the ministry: “Nobody can tell me that the general acted without consulting the ministry.”

The  Defense Committee will meet on Wednesday. 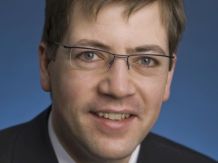 Doubts about financial planning – BER in the sights of the...

US President – Biden wants to tackle these problems in the...

After the spitting attack: Gladbach pronounces punishment against Thuram

Consumption of mineral oil plummeted in 2020