Berlin – If this were a rap song, Bushido would have been in the Guinness Book of Records for a long time: he has been testifying against his ex-manager for six months. No end in sight!

Day 25 in the trial against clan chief Arafat Abou-Chaker (44) and his brothers. In 2017, the manager is said to have asked Bushido (42) millions for the end of their relationship.

The  box pre-orders are higher than ever, the old master is happy. Arafat Abou-Chaker no longer deserves, that’s for sure.

TYP ARAFAT: “Removing a cross from one of my albums was his only artistic influence. He used half of the money. He wallowed in the flash of flashlights. ”

TYPE ARSHRAF RAMMO: “He is friends with almost every artist in Germany and has expertise. Friendly, personable. He was the best decision for me after breaking up with Arafat. I felt very safe with him. He included the entire beef with everyone in two months. ”

TYPE BUSHIDO: “Whether newcomer or established artist, I’ll take 20 percent. Whether from six million or 30,000 euros, I always make the same effort. For me, everything comes together in one pot at the end of the month. My name is a big brand, I’m staying straight. A newcomer has to make a living, fuck the dog. Better to be 20 percent of satisfied people than to end up thinking: cutthroat! If my artists don’t want to be with me anymore, that’s okay.

The y don’t have to fear anything. If you don’t feel like it anymore, you are free and can go. ” 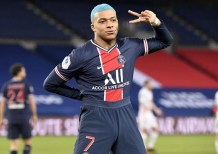 Bayerisch Gmain: car crashes into ambulance, which falls in Bach –...