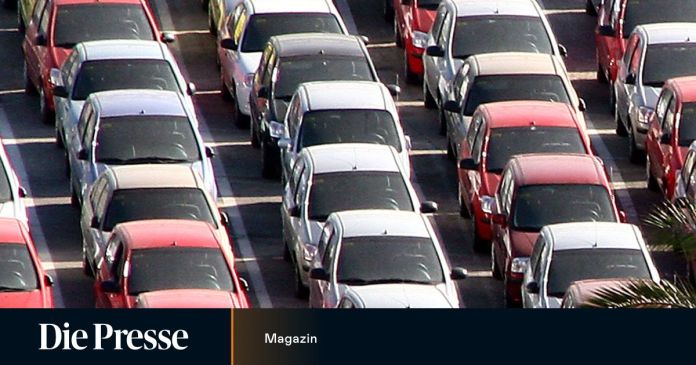 At the height of the corona crisis, the automotive industry canceled chip orders. Now capacities are migrating to entertainment electronics.

Berlin. In the global chip crisis, the buyers of the big car manufacturers find themselves in an unfamiliar situation. For many semiconductor manufacturers they are no longer the most important customers, but have slipped backwards in the pecking order. You are left with a difficult choice: Do not pay higher prices and do not replenish your stocks, you risk further production downtimes.

The  chip shortage in the automotive industry has its origins in March 2020: At the height of the corona crisis, plants around the world stood still, sales outlets were closed, sales collapsed. Many car manufacturers therefore canceled orders from their suppliers. At that time, however, the chip market was bought empty by manufacturers of smartphones and consumer electronics, whose products were booming.

This experience has an impact: For chip factories, doing business with electronics groups is lucrative, because they buy more modern, more expensive components than car manufacturers. Now that they have restarted their production and demand has recovered, they have to get in line. Several large car manufacturers had to temporarily shut down their production lines because they did not have enough parts for the new cars. At Renault alone, this will probably affect the production of 100,000 cars this year.

Call for help to politicians

Car manufacturers are calling for help in the conflict. Audi boss Markus Duesmann spoke out in favor of greater support for the semiconductor industry and other key technologies in Europe. He runs open doors with Federal Minister of Economics Peter Altmaier:

The  CDU politician expects investments of 50 billion euros and announced that the state will bear around 20 to 40 percent of the investment volume. Volkswagen blamed the suppliers for the distortions – after all, the manufacturer had already advised the chip companies in April that a strong recovery was imminent in the second half of the year.

But with this objection, the car giant meets with little understanding from the chip manufacturers: “Last year we had to send our workforce on compulsory leave and bear the costs of the overcapacities,” says an insider from a European semiconductor manufacturer who did not want to be named. “If the automakers ask us to invest in new capacity, can they please tell us who will pay for this excess capacity in the next downturn?”

Every electric car contains semiconductors worth several hundred euros. Overall, the auto industry buys chips for around $ 40 billion a year – but that’s only a tenth of the global market. Apple alone spends more on the chips in its iPhones, according to Neil Campling, an analyst at the wealth manager Mirabaud. In addition, the semiconductors that are used in cars are built comparatively simply and only generate low margins. Chip manufacturers therefore prefer to invest in more sophisticated and expensive products. (Reuters)

CEO Garlinghouse with a new move

Adapted strategy: In an emergency, Austrian has to reduce the size of its fleet more

Hyundai: The Bayon should stir up the mini SUV market

Nel ASA Stock: That Could Be The Bottom After The Price Slump!

View of the new Kaufland: the renovation in Hamm-Heessen is progressing

Lidl: Attention, important change at the checkout! Customers will notice

Dax doesn’t really know where to go – crisis winners are being sold off, VW to a two-year high, ProSiebenSat.1 under pressure, Merck and...

“Cooler Hund” – Marco Schwarz as a man for major events...

The new Android cell phone is a price-performance sensation

Nevertheless, we are still far behind Austria: the most successful Swiss...