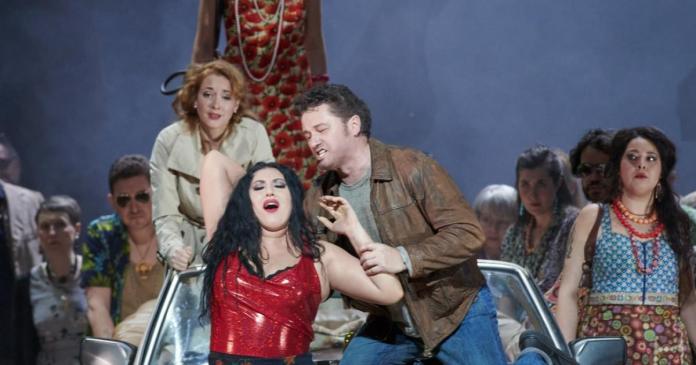 Normally – yes, even the author of these lines has gradually had enough of the eternal subjunctive and has to use it anyway – today would be a feast day for all opera fans. Because a (not so new) new production of George Bizet’s “Carmen” staged by Calixto Bieito and with a top cast like Anita Rachvelishivili (Carmen), Piotr Beczala (Don José), Erwin Schrott (Escamillo) or Vera-Lotte Boecker (Micaela) and Andrés Orozco-Estrada on the conductor’s podium (his debut at the Ring) would have filled the Vienna State Opera with glamor.

But as it is – in times of the pandemic – this premiere will at least take place via live stream (6 p.m., free of charge at play.wiener-staatsoper.at) and ORF III (from 8:15 p.m., live-time-shifted).  The  KURIER met Calixto Bieito in the Schwindfoyer of the house and with a negative Corona test for the interview.

COURIER: Mr. Bieito, there was a lot of excitement leading up to this production. You had to replace the originally scheduled tenor, then Anita Rachvelishivili fell ill with Corona, the rehearsals had to be suspended – how was this experience for you?

Calixto Bieito: In the end, despite all the problems, the rehearsals were great. What kind of singers does the State Opera have there?

The y are all fabulous!

The se singers, this perfect orchestra, this conductor! I can only be grateful.

Nevertheless, it is and will remain a television premiere for the time being …

I hope that we can present this ‘Carmen’ to an audience soon. Everyone involved deserved it so much.

Have you adapted your staging for the TV cameras?

No! I stayed true to my concept. Because we want to do opera and theater for the public, and ‘Carmen’ has been with me for a long time.

Not nearly enough – Bonnie Tyler: “You always have to have dreams”

“Sing my song – the Swiss swap concert”: Tears roll down in the first episode

Just in time for the New Year: Snowfall in some regions...