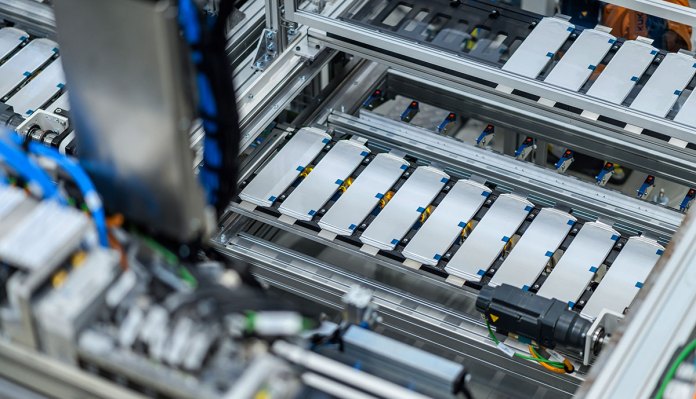 Daimler boss Ola Källenius is restructuring the group, and in the case of the core brand Mercedes-Benz he will again focus more on premium, more e-mobility and sustainability. According to reports, the 51-year-old is currently considering an early exit from internal combustion engines for the passenger car sector. Regardless of this, several new electric cars are planned for this year, and there are now apparently problems with the supply of batteries in Europe.

Like most established car manufacturers, Mercedes-Benz purchases battery cells from suppliers, which are then assembled into battery packs in its own factories. For the home market and the surrounding countries, there is a cooperation with the battery manufacturer Farasis. Last year, Daimler consolidated the partnership with a direct stake in the previously unknown Chinese company. According to the Store Manager Farasis may not be able to deliver as requested.

In the medium term, Farasis should produce around half of the cells Mercedes-Benz needs in Europe.  The  Chinese have not yet had a building permit for their planned plant in Bitterfeld, writes the business magazine.

The  central problem, however, is that the first cell samples were “catastrophic”, according to Stuttgart. This is an alarm signal for Daimler, since three years usually passed between the delivery of the first samples and the start of production. According to previous plans, Farasis wanted to produce battery cells in Bitterfeld from 2022.

At Daimler one speaks of “considerable problems”, and a failure of the cooperation also seems possible.

The  latter would be extremely inconvenient for the German group, as it actually wants to bring more electric cars onto the market from this year. After the large SUV EQC, the minibus EQV and the recently launched compact SUV EQA, the EQS, a luxury sedan comparable to the S-Class on the EVA electric platform, is in the starting blocks. With the EQB, another electric compact SUV based on the GLB combustion engine series will come in 2021.

The  E-Class counterpart EQE and SUV versions of EQE and EQS will then roll out to dealers on the new EVA architecture. More electric cars are planned.

The  start of the next electric models this year is not in jeopardy, Daimler said Store Manager.

The  group did not comment on the reported problems with the supplier Farasis. In an emergency, the Swabians could possibly fall back on battery cells from CATL, and there is also a cooperation with the leading battery manufacturer from Asia.

In the past, Daimler also had its own battery cells, but its subsidiary Li-Tec stopped production in 2015 due to excessive costs.

The  “global battery production network” that was subsequently set up by Mercedes-Benz is limited to the assembly of purchased products. In 2020, the works council called for a further location for the Saxon Daimler subsidiary Accumotive at the headquarters in Stuttgart in order to have battery cells produced there. As things stand, the group will continue to only purchase batteries externally.

Passenger plane with 62 people on board disappeared

Berlin researchers reconstruct the route of the coronavirus into the brain

The Corona model students or those who master the crisis well

Arrest of Putin critic: Everything is going according to plan for...