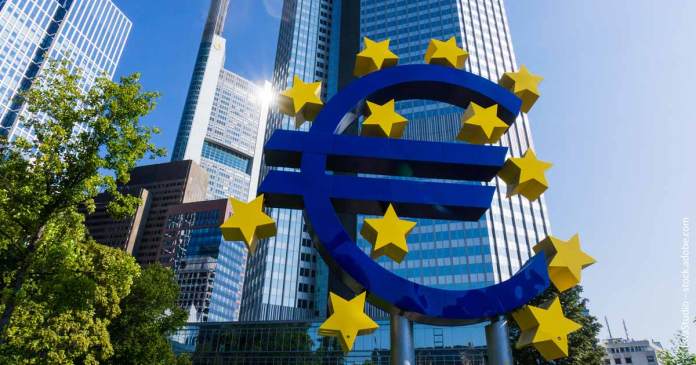 In a global pandemic and recession, the central banks would have done something extraordinary: “

The y not only set up a safety net under risky assets, but also apparently removed all natural limitations from the markets. As a result, they have encouraged the formation of speculative bubbles in numerous areas, such as Bitcoin and some US stocks, and enabled a chat room of militant small investors to scare hedge funds. ”Outside the financial markets, house prices have also risen sharply in several countries.

Economy continues to suffer from the pandemic

This has raised questions about the short to long term consequences of this policy. In the short term, economic output is weaker than expected a few months ago, given the pandemic that is still raging in many parts of the world. Further GDP declines are expected and Invesco strategists believe negative global GDP growth is possible this quarter. In addition, it has been shown that the vaccines are not the hoped-for miracle cure for a quick restart of the global economy.

For one thing, production is currently not keeping up with demand, so mass vaccination in developed countries will take much of this year and developing countries may have to wait until 2022 or even longer. Second, it is not yet clear whether people who have been vaccinated can still transmit the virus, and thirdly, there is a risk of new mutations in which the vaccine does not work. “Ironically, since the vaccination campaigns began, states have returned to tighter restrictions on international entry, and we seem further away from a return to normal than we thought a few months ago,” said Jackson.

According to the Invesco experts, the governments will therefore not be able to stop their generous aid anytime soon and the central banks will have to continue their asset purchases and other liquidity aids to a large extent in 2021. “That may be good news from a financial markets perspective, after all, everything indicates that central banks will continue to buy large amounts of assets. Since the balance sheet expansion will not be as strong in percentage terms as last year, this could also support the markets less strongly than before. This could also lead to course corrections, ”explains Jackson. “If central banks don’t keep buying more and more assets, the markets could be disappointed.”

Invesco estimates that the “QE5” central banks that have made large-scale asset purchases – the US Federal Reserve (Fed), the European Central Bank (ECB), the Bank of England (BOE), the Bank of Japan (BOJ) and the Swiss National Bank (SNB) – its balance sheets increased by USD 8.8 trillion in 2020 – a similar expansion as during and after the global financial crisis, but from a significantly higher starting level.

According to Jackson, this begs the question of how the central banks are going to get out of the QE treadmill. With total assets to GDP ratios of 44 and 35 percent respectively (according to Invesco estimates), the BOE and Fed would be in uncharted territory when it comes to the size of their balance sheets relative to the performance of their economies. As the Invesco expert explains, in the past these ratios did not decline as a result of a shrinking central bank balance sheet but rather as a result of GDP growth – a process that usually took several decades. “

The  effects of the pandemic in connection with the legacy of the global financial crisis that has not yet been reduced could mean that the normalization of central bank balance sheets will take most of this century to complete,” said the investment strategist.

Even that could be an overly optimistic assessment, since the central banks of the industrialized countries risked tossing good money after bad money in order to meet their self-set inflation targets – an approach which is probably doomed in the face of demographic headwinds.

The  impact on the stock markets

“What’s even more worrying is that the central banks seem to have made it their business to prevent destabilization of the financial markets,” says Jackson. “More specifically, they do everything they can to prevent downward rashes while allowing or even fueling upward movements. It seems that financial markets, particularly stock markets, have become so important in developed economies that they are unwilling to collapse due to the impact on corporate finance and the economy via wealth effects. ”Concerned that the downturn would intensify, equity markets may as a result, will not de facto fall to an appropriate level in a recession.

Central banks help the wealthy to become even more prosperous

As a result, this means that the central banks have to increase their support with every recession and even shift up a gear in deep recessions. “In an attempt to prevent financial market destabilization, central banks are moving further and further away from what most of us would have seen in the past as a stable monetary regime,” said Jackson.

The  only inflation that this policy has brought about is that of asset prices. Thus, central banks could unwittingly sow the seeds of social unrest by helping the wealthy become even wealthier. This could strengthen populism and result in precisely the instability that the central banks want to prevent with their policies.

Saving the galaxy in the pig gallop – Review – fernsehserien.de