The  chairman of the World Medical Association, Frank Ulrich Montgomery, warns of further relaxation of the corona rules: “Anyone who talks about relaxation in times of increasing R-values ​​is acting absolutely irresponsibly”.

It is too early for such steps. “With each loosening there will be a significant increase in the numbers,” said the doctor to the newspapers of the Funke media group

The  nationwide seven-day R-value was 1.10 according to the management report of the Robert Koch Institute on Sunday afternoon (previous day 1.07). This means that 100 infected people theoretically infect 110 more people.

The  value represents the occurrence of the infection 8 to 16 days ago.

Looking at the seven-day incidence, which has recently increased again, i.e. the number of new infections per 100,000 inhabitants within a week, and the again high R value, Montgomery warned: “

The  R-value shows where we are going. A value well above 1.0 threatens exponential growth again – and that is exactly the case now. ”With its mutations, the virus has reached a new level. Not only is it more contagious, it is also likely to lead to more severe disease processes.

The  health authorities in Germany last reported 4369 new corona infections to the RKI within one day, according to figures from Monday. On Monday, the number of cases reported by the RKI is usually lower, among other things because fewer tests are carried out on the weekend.

The  seven-day incidence was according to the information on Monday morning nationwide at 61.0 – and thus higher than the previous day (60.2).

Collision with 5 cars: mass crash on B217 | Regional

After judgment in February: New euthanasia law is being prepared

Corona: vaccinations are getting closer – How safe are the vaccines?... 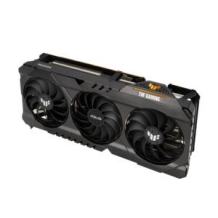